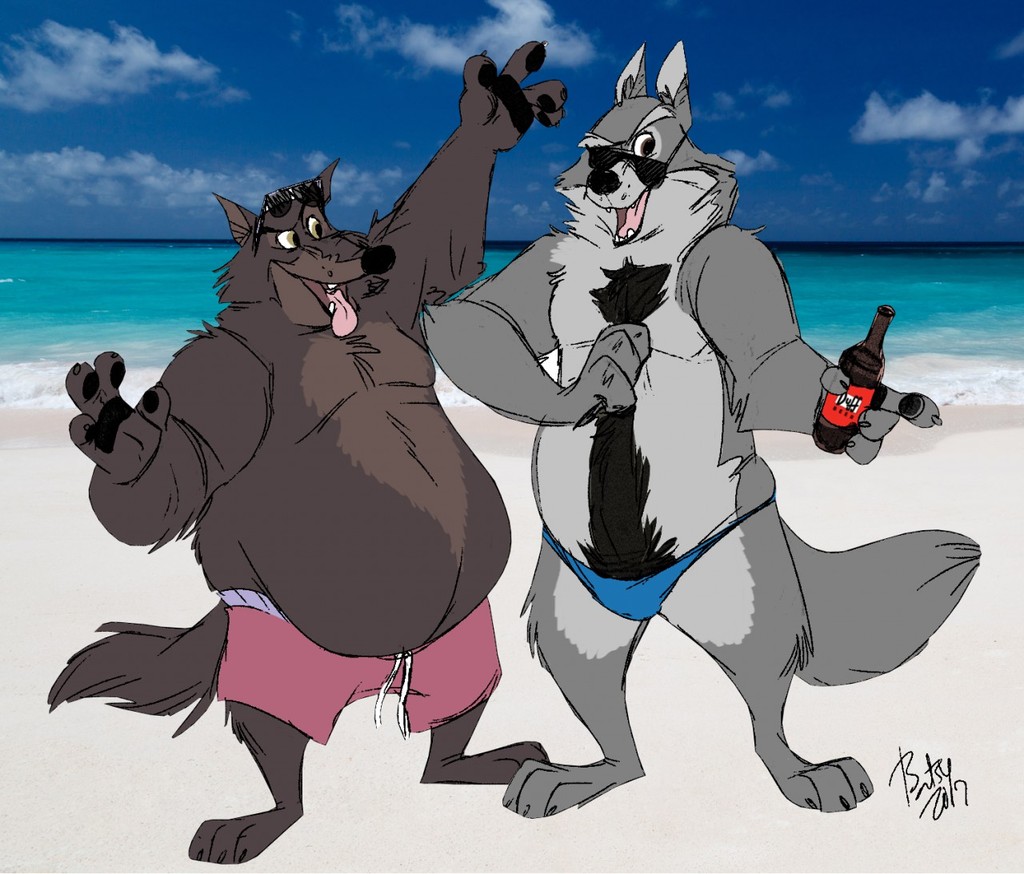 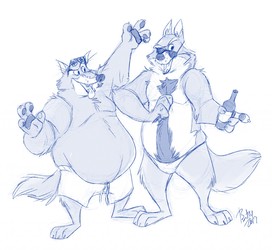 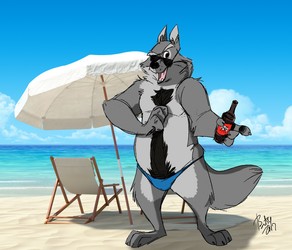 Fun sketch of William and Bradford Blake. William aka Bill, is a ripoff of The Sheriff of Nottingham from the 1970s Disney animated feature, Robin Hood. Bradford is based on   glitter-trap-boy's rendition of Wolf O'Donnell. I am blaming him for this (stupid sexy dad bod having Wolf O'Donnell!). They're about to show up again in my ongoing Zootopia story series, though Bill has shown up in the old canon ( http://www.furaffinity.net/view/22705424/ and http://www.furaffinity.net/view/22878808/ )