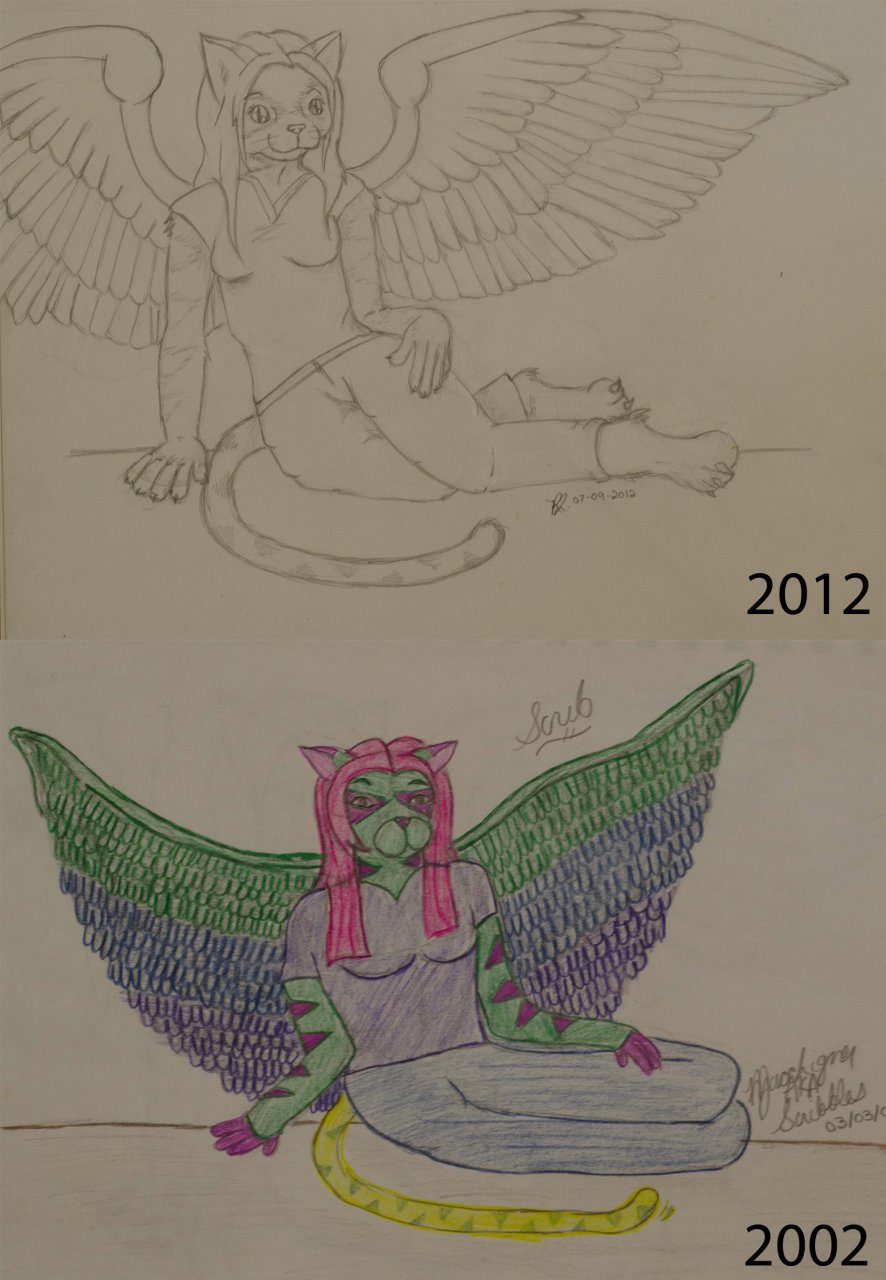 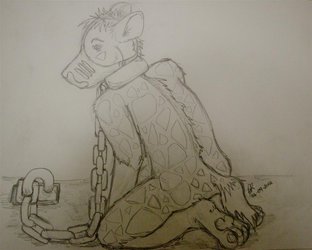 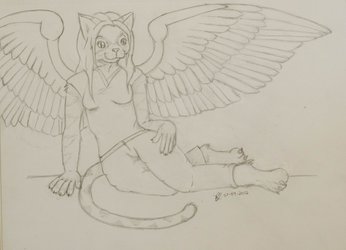 It's been ten years since I started drawing furries.

To celebrate, I went through my really old shit and found a picture I wanted to try and redraw.

The original is a picture of my first fursona from March 2002. (Scribbles, domestic Bengal cat with some interesting colours. She began as a character on Furcadia.) I was nearly fourteen years old when I drew the first picture.

I think there's been a wee bit of improvement since then!