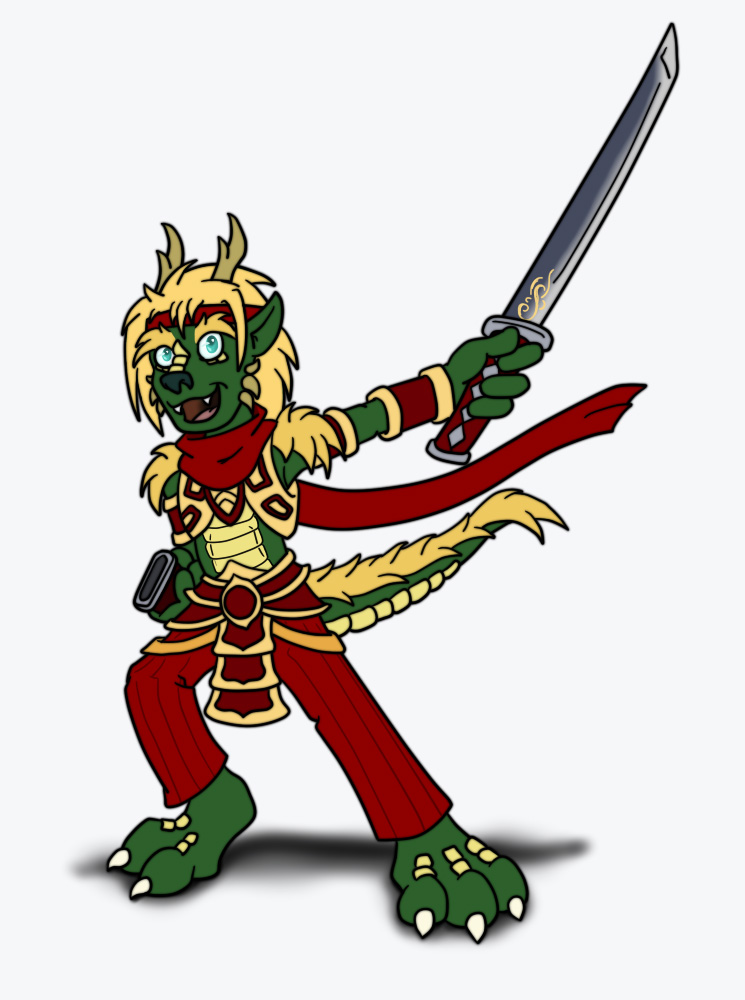 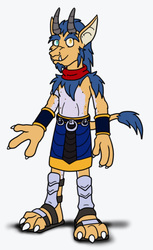 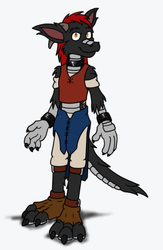 Ao Ji is a halfling; half-human and half-dragon, and he is the son of Ao Run, “the Dragon King of the West Sea”.
Ao Ji spent his young life with his father in their realm, studying and training in the ancient arts and knowledge, but he would also watch the world of mortals progress and grow into the modern era. He was never allowed to go down himself, but he was fascinated by what the humans were capable of doing.

Then one day, there was talk among the dragons of activity down on Earth, of a cult making attempts to bring a creature into their world; the legendary ‘Death Dragon’. The others knew that this could not be allowed, but they could not enter into the mortals’ world as easily as they once did. However, because of his mixed heritage, Ao Ji could.
His father didn’t like the thought of sending his son into a potentially dangerous world, but he knew that the Death Dragon had to be stopped. He had to have faith that his son was ready for the challenge ahead; he gifted his son with two legendary dragon blades and sent him down into Millennium City.

Ao Ji is young, and while a newcomer, he knows a bit about the world is is eager to see more of it, but his first duty is find and defeat the cult and the Death Dragon, and the best way to do that was to become a hero; he could do much good for the humans while on his quest.

Ao Ji was another character that I created at random in Champions Online, I was inspired after seeing some other characters in the game, as well as doing some research on the Dragon Kings in Chinese legend, so I ended up playing around with him here.

This was another sketch from 2014 that I decided to sit down and color. I kinda forgot about how much detail I ended up giving him.
Honestly though, I’m not really sure on his colors now.

Ao Ji and art are mine.