Watch your step! (ych) by How2101 (critique requested) 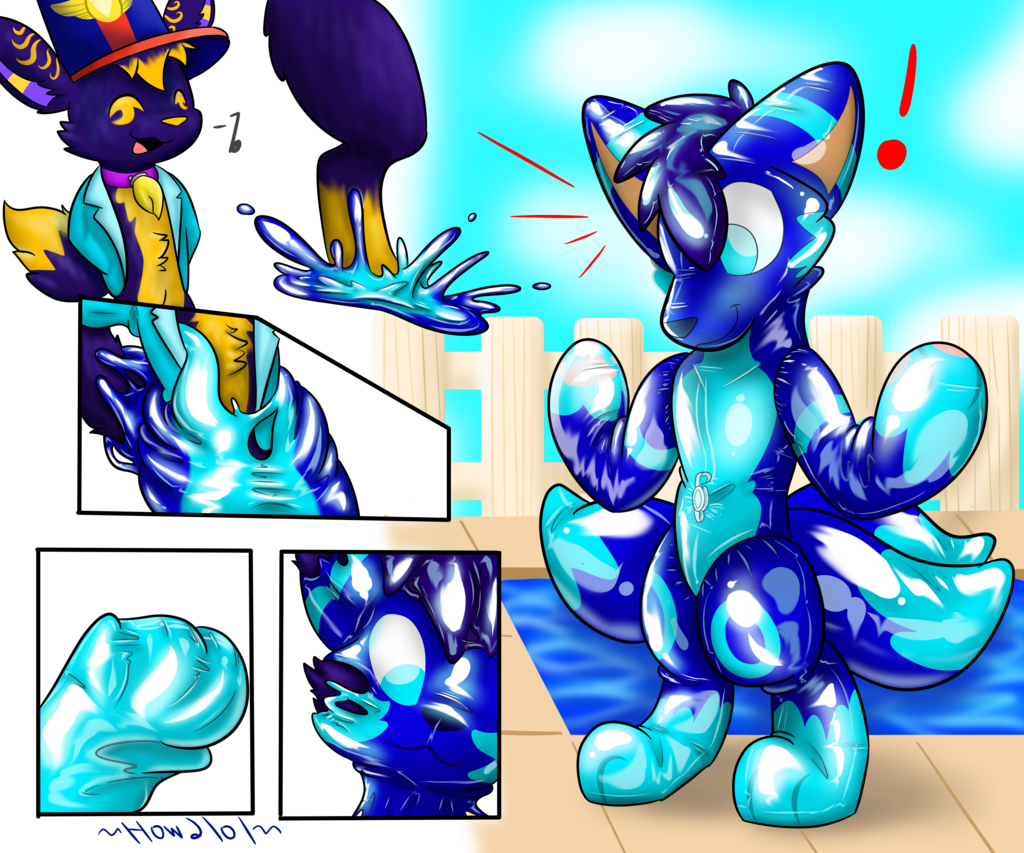 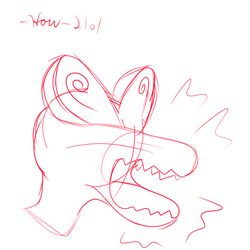 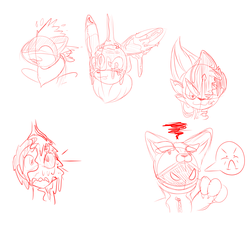 It was a bright, clear morning, and Dusky was happily walking along a sunny street without a care in the world.

However, he was too busy enjoying the beautiful weather to notice the puddle of odd, blueish rubber lying before him . . .until it was too late, accidentially stepping in the puddle of odd, squishy goo! Before he could even try to react, It swarmed up his pants, rapidly jumping across to his other leg and caking both of them with shiny, squeaky blue rubber ...

Dusky began to panic as the goo continued to climb, gluing itself to his chest and sending odd yet strangely pleasant tingles shooting up his spinal cord. It stuck to his hands as he tried to claw it away, a thick rubbery stench filing his nostrils as his brain began to feel a bit fuzzy.

The stench grew more and more intoxicating, as did the increasingly wonderful sensations erupting on his rubber-coated skin. Dusky found it hard to form together even basic thoughts as his neural pathways were slowly being peeled apart by the addictive, overwhelming rubbery aroma.

After all, why did he need a brain? Pooltoys don't think!

As the goo surged up his face and poured into his mouth, gumming up his tounge and teeth, almost all of Dusky's thoughts and memories had dissolved into a few basic, instinctual patterns, rendering him completely incapable of complicated thinking. But that was okay. All he needed to do was serve, and be happy . . .

what was left of his mind was filled with basic, simple-minded instructions and instincts - to snuggle, to play, to hug and be hugged. And to convert . . . to make more . . .

A new identity also began to form as his old one dissappeared underneath thick, slimy layers of gooey rubber - he was . . . was . . . How! How the squeaky, lovable pooltoy!

His body, covered by the sticky goo, began to squeeze and shift, clothes, then skin, then internal organs began to dissolve, the rubber converting them into fresh, pure air. His body began to bloat and distort as the rubber constricted, squeezed, and hardened, forming a rubbery exoskeleton over the rapidly weakening skin and fur.

But to Dusky, he was already a full pooltoy, movements slowing before stopping entirely as muscles and bones were crushed and disintegrated into air. Pooltoys don't move, after all!

Finally, 3 tails popped out from behind and began inflating, swelling and bulging outwards until they blossomed into 3 beautiful air-filled, squishy tails, the final perfect touch for the perfect pooltoy!

The transformation complete, Dusky was now nothing more than a perfect, simple How pooltoy, shivering with pleasure at the mere thought of being someone's pooltoy!

There's just one problem, though: How's he going to get into the pool???

Ych for goopyduskypolysam with a short lil' story ^^

My other ych is still up if you want to snag one! current bid is $75!