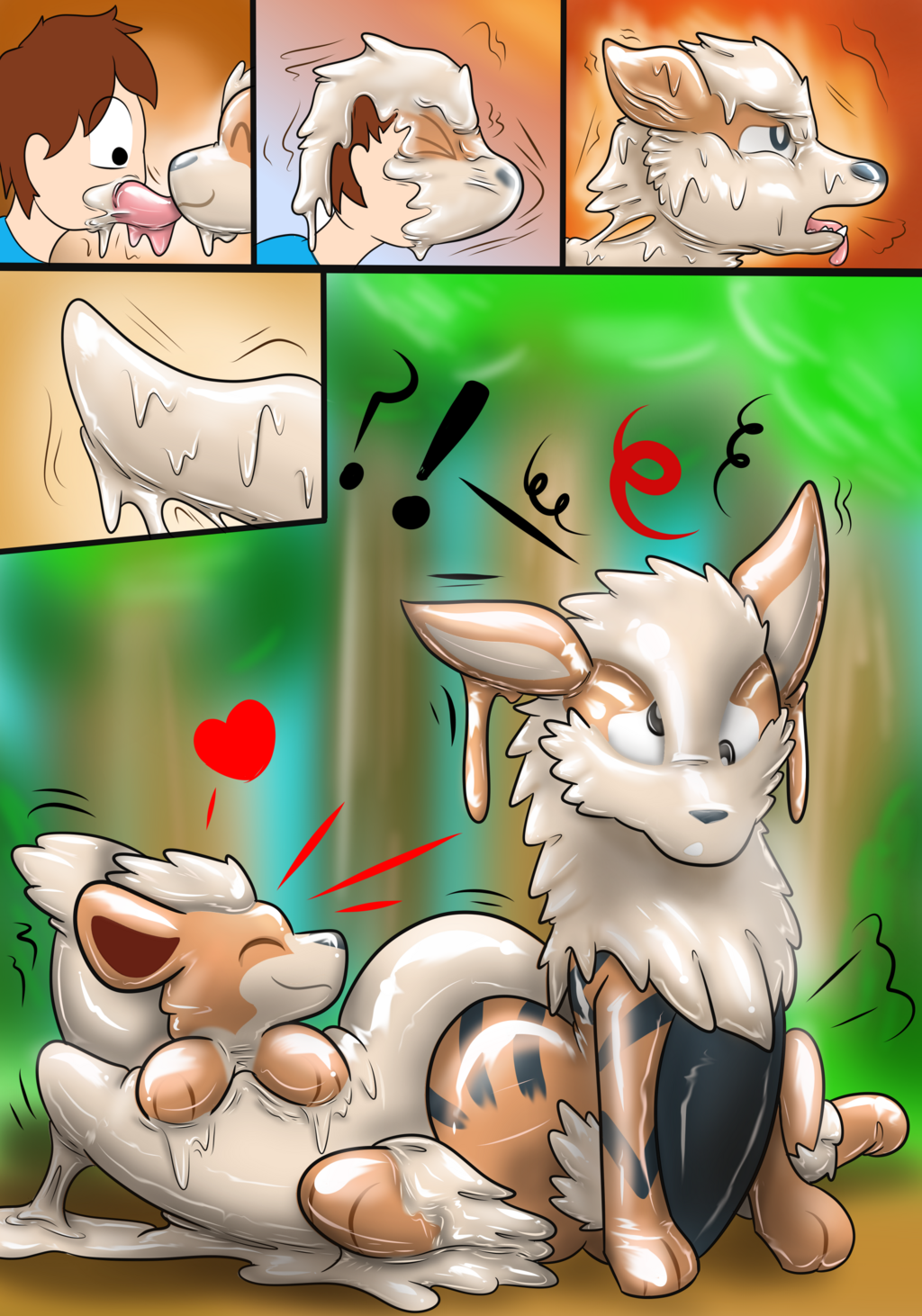 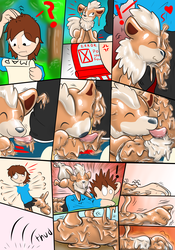 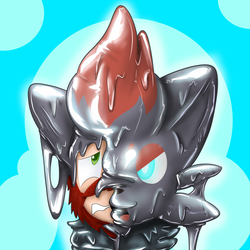 Ariar is quite lost inside an oddly rubbery forest - but according to one rubbery growlithe, he’s right at home! He’ll just need a few changes to fit right into the gooey forest - as a sticky, gooey (and rather confused) Arcanine!

The excited young growlithe begins licking Ariar's face, leaving behind streaks of luxurious golden goo. The poor human's face goes numb as the goo collects and expands, sealing in his face like a mask. Ariar begins to pant as the rubber's temperature increases, surpassing far beyond his human limits . . . -wait, pant?!?

The climbing heat combined with a swirl of new sensations - including an odd breeze and tingling sensation from his backside - has left the poor pokemon confused, sitting up in utter disbelief.

As he struggles to comprehend what just happened, the rubber begins to mess with his mind, clouding his memories and giving his head an odd, fuzzy feeling. All he can put together is the welcoming, pleasant scent of the surrounding rubber woods, and the excited yip of his new playmate!

He's still trying to put things together, resisting the new, instinctive urge to play all day with his new pokemon companion - but I don't think he'll be reviving those old, obsolete human thoughts anytime soon!

Opened up a ko-fi! Any support would be deeply appreciated!