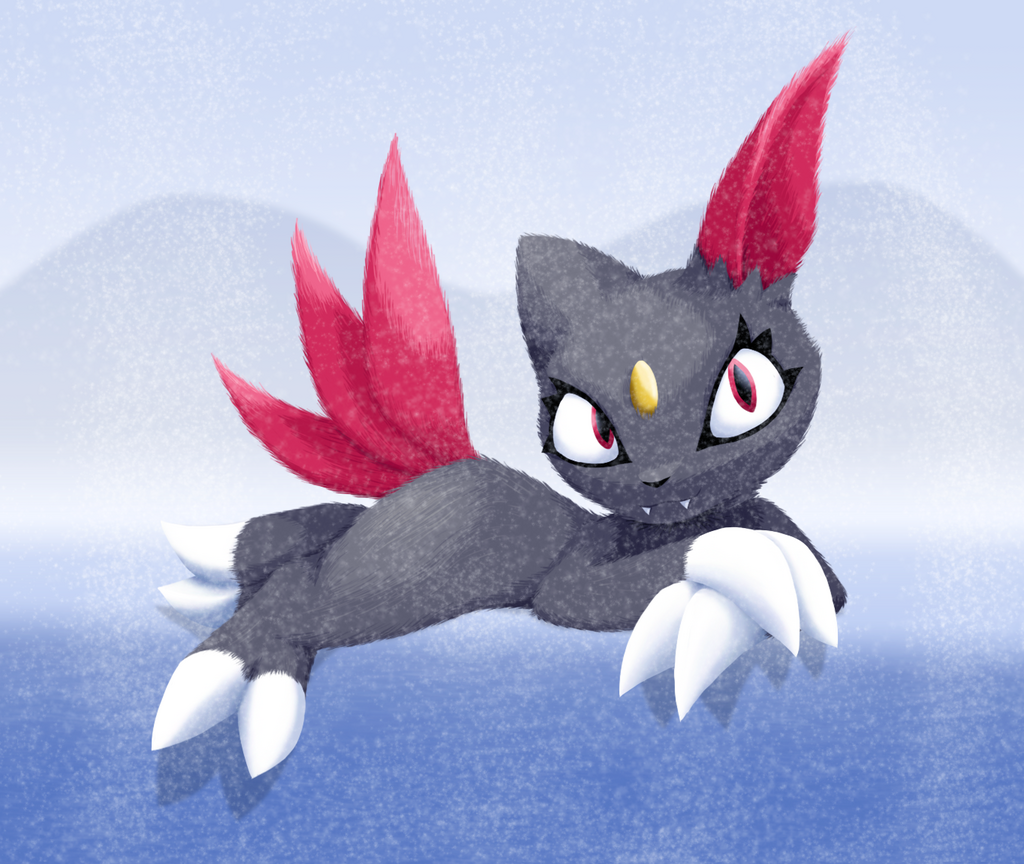 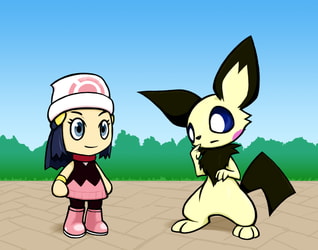 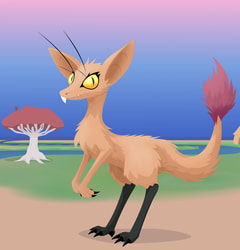 I was really happy with the last sneasels I drew, so I decided to draw another one in the same style.

The filename for this one was "sneaselquick.psd", because it was meant to be a relatively fast one- or two-night job. That was back in August. I ran into the old "something about this picture looks wrong but I can't figure out what it is" wall, and ended up shelving it for a few months.

This sneasel is meant to be hanging out on a ledge of some sort, with its one foot kinda of dangling off, but I'm not sure how apparent that is against the icy backdrop, which was a late addition. I might do a second version with a clearer layout.