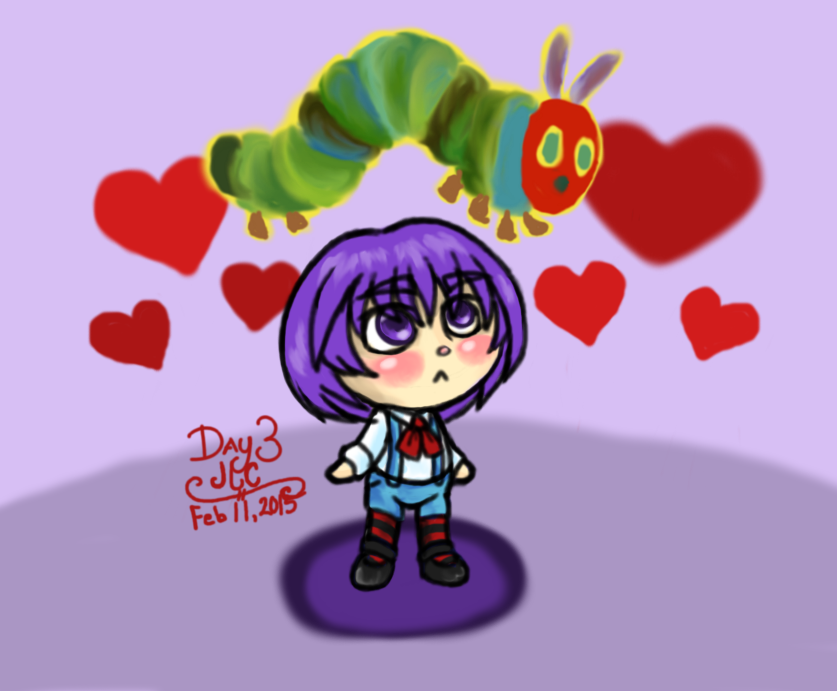 Some character notes: until Blood just about turned 14, he was a caterpillar demon. He went into metamorphosis during December while still 13, and came out as a butterfly demon three months later, missing his 14th birthday on February 16th. As a little caterpillar, he was obsessed with caterpillar stuff. In particular, he'd be obsessed with The Very Hungry Caterpillar, hence the addition of the titular caterpillar in the drawing, lol.

Also he was forced to have a short bob haircut by his adoptive human parents because they refused to let him have long hair, and he was consequently called a grapehead because of it, lol.

That's about it. Enjoy."

Charles "Blood" Martin Edward I and art belong to me.
The Very Hungry Caterpillar belongs to Eric Carle.
Do not use without permission.