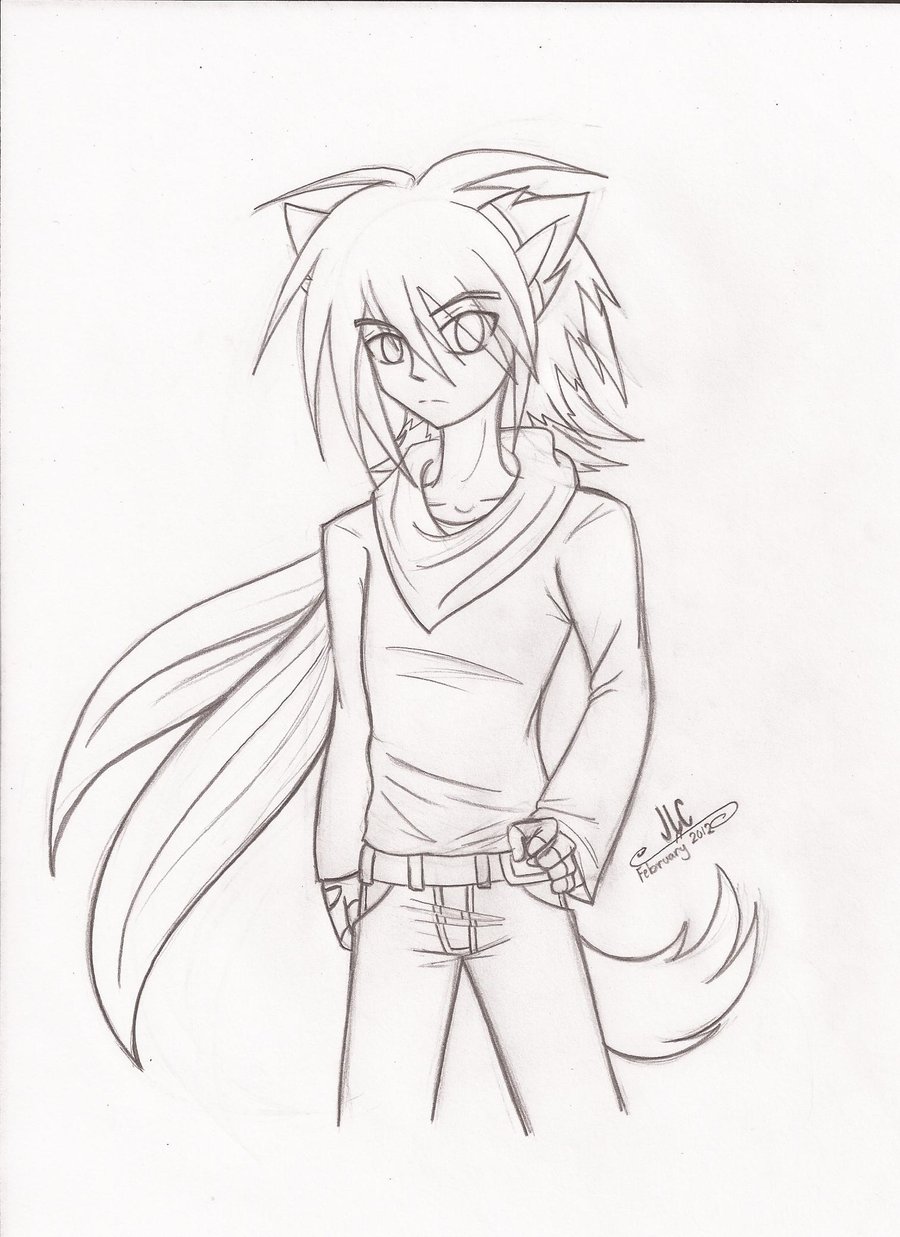 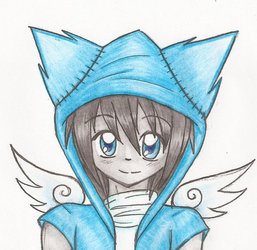 This one is from 2012. It's a drawing of one of my many OC's. His name is Kurokage Shuriken--or at least that's currently his legal name. ...Yeah, I know, it's kind of a really silly-sounding name. I was 13 years old when I came up with him, but it's hard to change a lot of things. In fact, back when I originally posted this, I was in the middle of transitioning him from a hedgehog to a wolf, since he originally started off as a Sonic the Hedgehog fancharacter (well...that, and he was also basically a Final Fantasy and Naruto fancharacter, lol).

I feel sort of embarrassed, but at the same time, I have a lot of fond memories of that time, and Kurokage remains as one of my most precious OC's. I still draw him and several other OC's I've had since I was 13, and I still roleplay with him from time to time. Honestly, I should really use him more, he just means so much to me.

Kurokage Shuriken and art belong to me.
Do not use without permission.