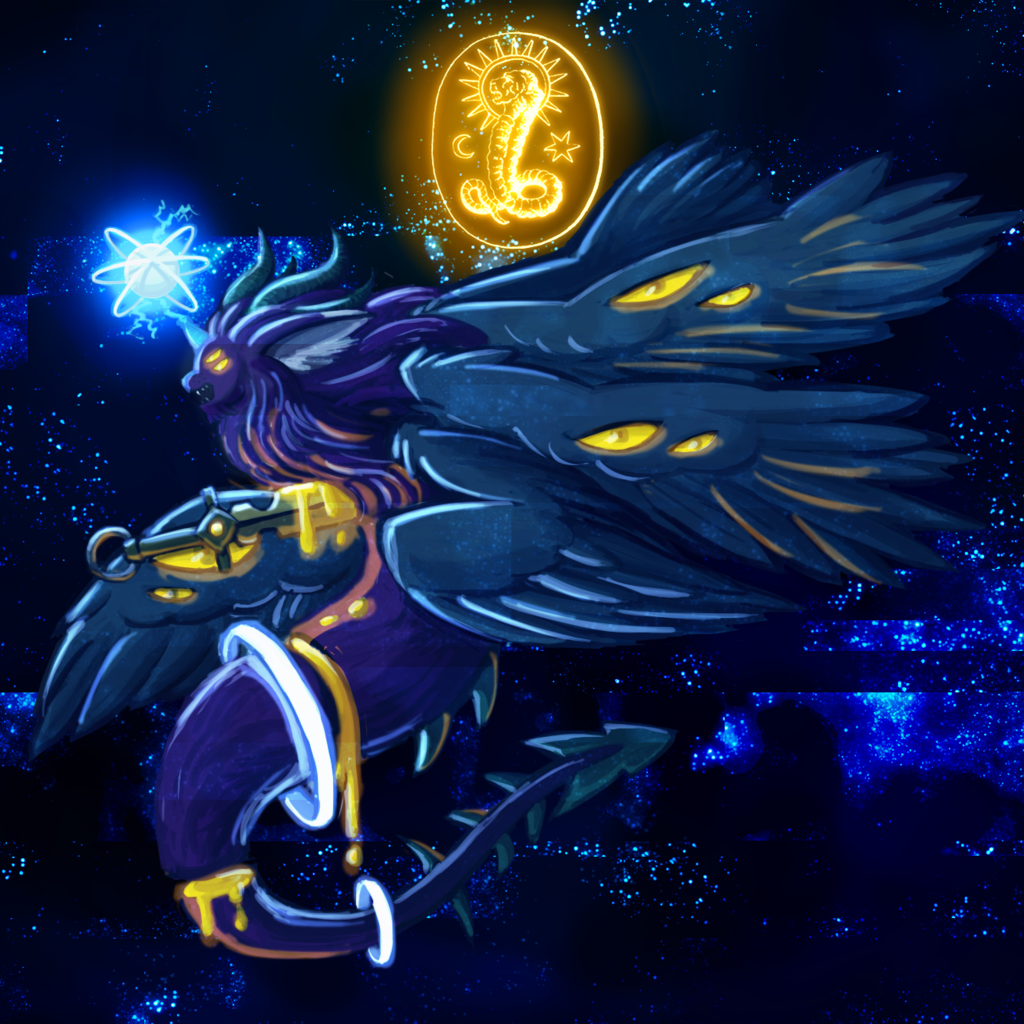 I decided to think about what would happen if Sego could evolve like a digimon or pokemon and tried to draw it out.

It looks like a Chnoubis? or perhaps like Yaldabaoth and deliberately so. Because such a resemblance feels sort of apt because both me and Sego have issues involving like self-righteousness and shit.

The sword is just there because i know people are gonna think of like Homestuck when they see this, also because there’s plenty of mythical (specifically biblical) things that are wounded yet somehow still alive in a similar fashion.

I like how the indigo/blue and black/green colorscheme of this is sort of the inverse of the white and gold colors i use when drawing malachim, though really they’re only like that because they’re Sego’s pallete.

Also, on a side-note, I like to imagine that this thing can use it’s wings as limbs and thus walk around on it’s four back wings like a fucked up centaur when it needs to

The space backdrop and space overlay on the character was painted in PS and then spruced up with a bit of databending/Audacity magic, the first time I’ve ever touched that in ages