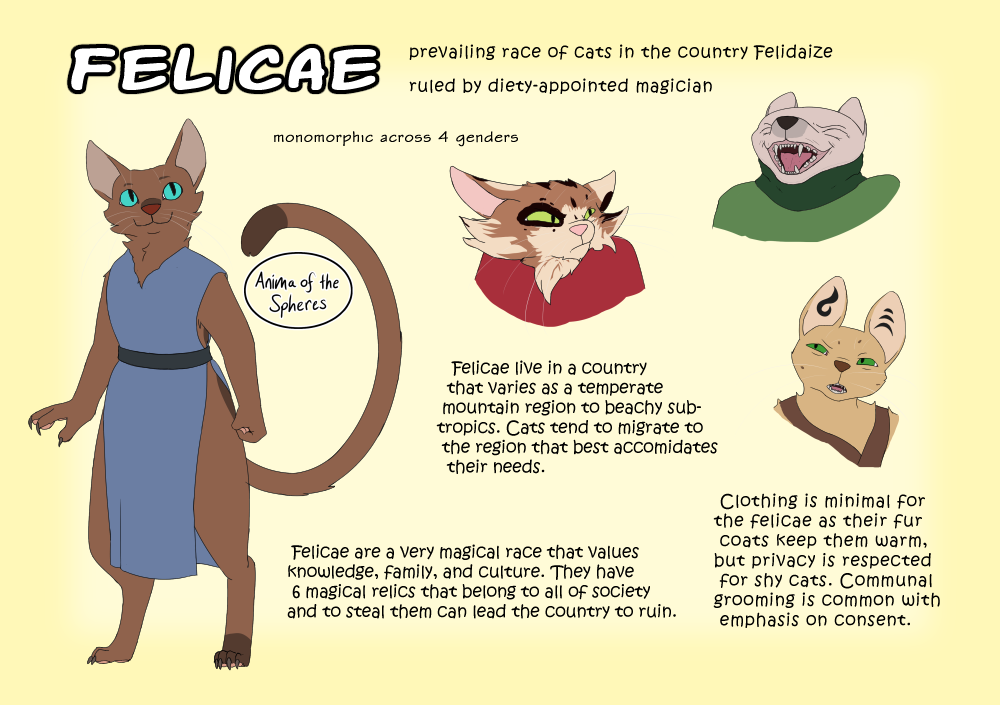 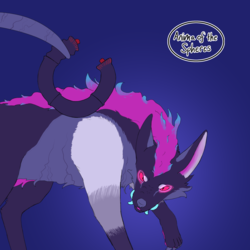 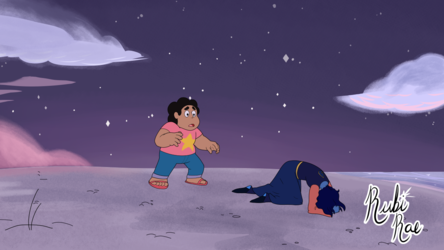 A reference sheet for one of the main races in Promising Days! It's a comic in-the-works about magic cats and dogs who try to bring peace to the land.