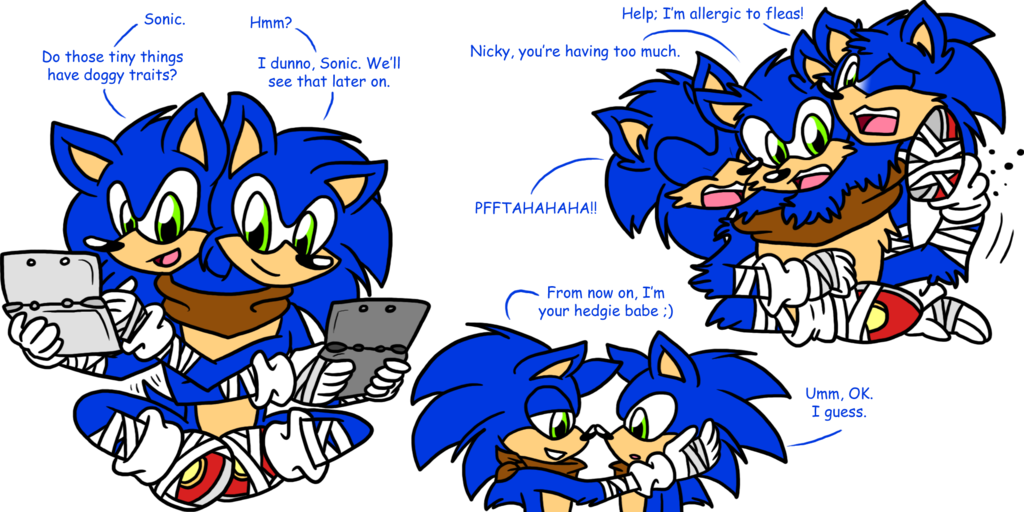 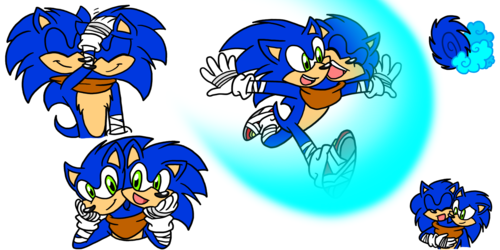 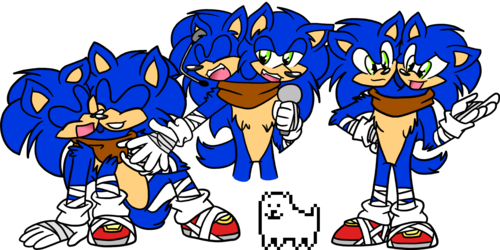 A some more doodles I drew while listening to electro-pop music.

On the left, twin Sonics are playing New Super Mario Bros 2 with each other. I guess one of them is left handed, so the left head is helping the right one complete a bunch of tricky levels in order to finish a whole story.

On the middle, there's an affection between Sonic and... himself. He probably knows about narcissism.

On the right, CerberuSonic is having a problem. Nicky's allergic to fleas!!! silly Sora; you've been playing too many tricks on other beings.
For those who don't know, CerberuSonic is a three-headed form of Sonic if he's struck by a magic effect. From left to right, the heads that have individual personalities are Sora, Oni and Nicky.