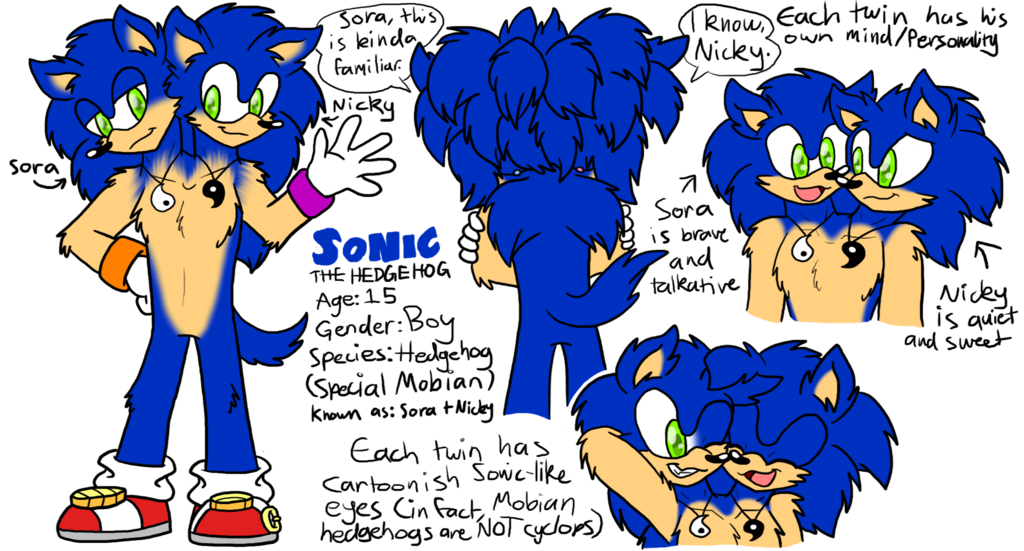 Finally, a new reference sheet for the twin hedgehogs! Here's how they look like according to my art style. Yea, they're both Sonic the Hedgehog when he's born that way. Besides, he's a special Mobian, which means a Mobian is born from an egg with an extra body part or two.

My alternate universe is an influence of both the official Sonic franchise (even Archie comics) and multifurry things. It's officially known as "Sonic in Two Minds", which means Sonic has two heads. Besides, Mobian hedgehogs are NOT actually cyclopses; though they have comically cartoonish, Sonic-like eyes in my style.