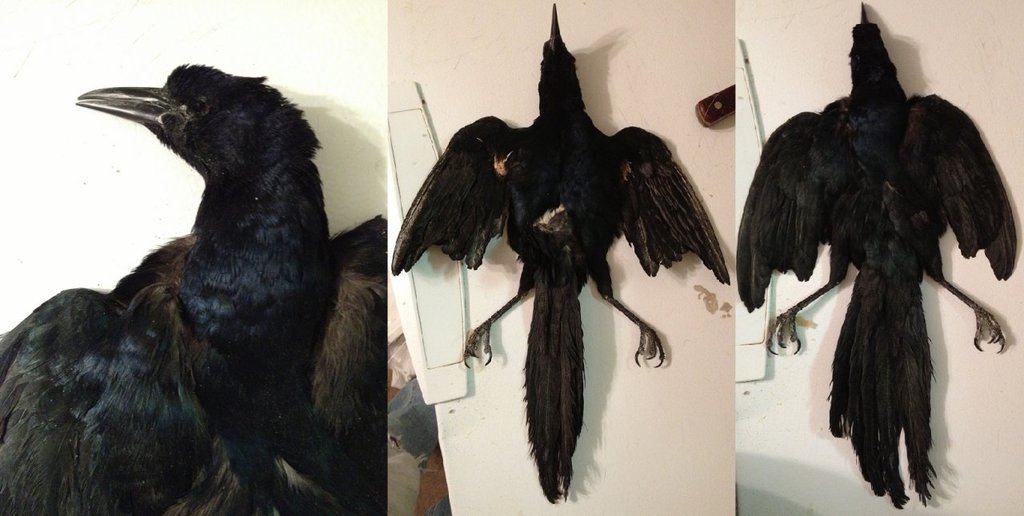 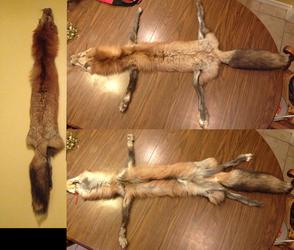 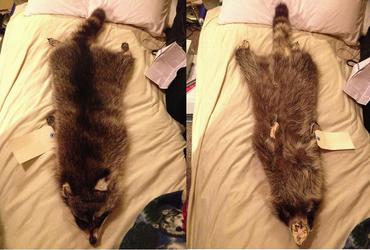 This is the male Great Tailed Grackle I'll be mounting. At the moment he's only prepped for it after I tanned and preserved his skin. I'll more or less be doing a flying pose with him to show off his iridescent feathers. I have a lot of feather preening to do, on his wing and tail feathers, but should be able to get them in order after he's mounted.

This poor guy was hit by a car, and when I found him he was having seizures and eventually died soon after, I tried to keep him as comfortable as I could since the avian vets were closed and I couldn't get a hold of any wildlife services to see if they could put him down. I later found out he had hemorrhaging in his brain. Poor guy.