Red and Elh - After years by Hanimetion 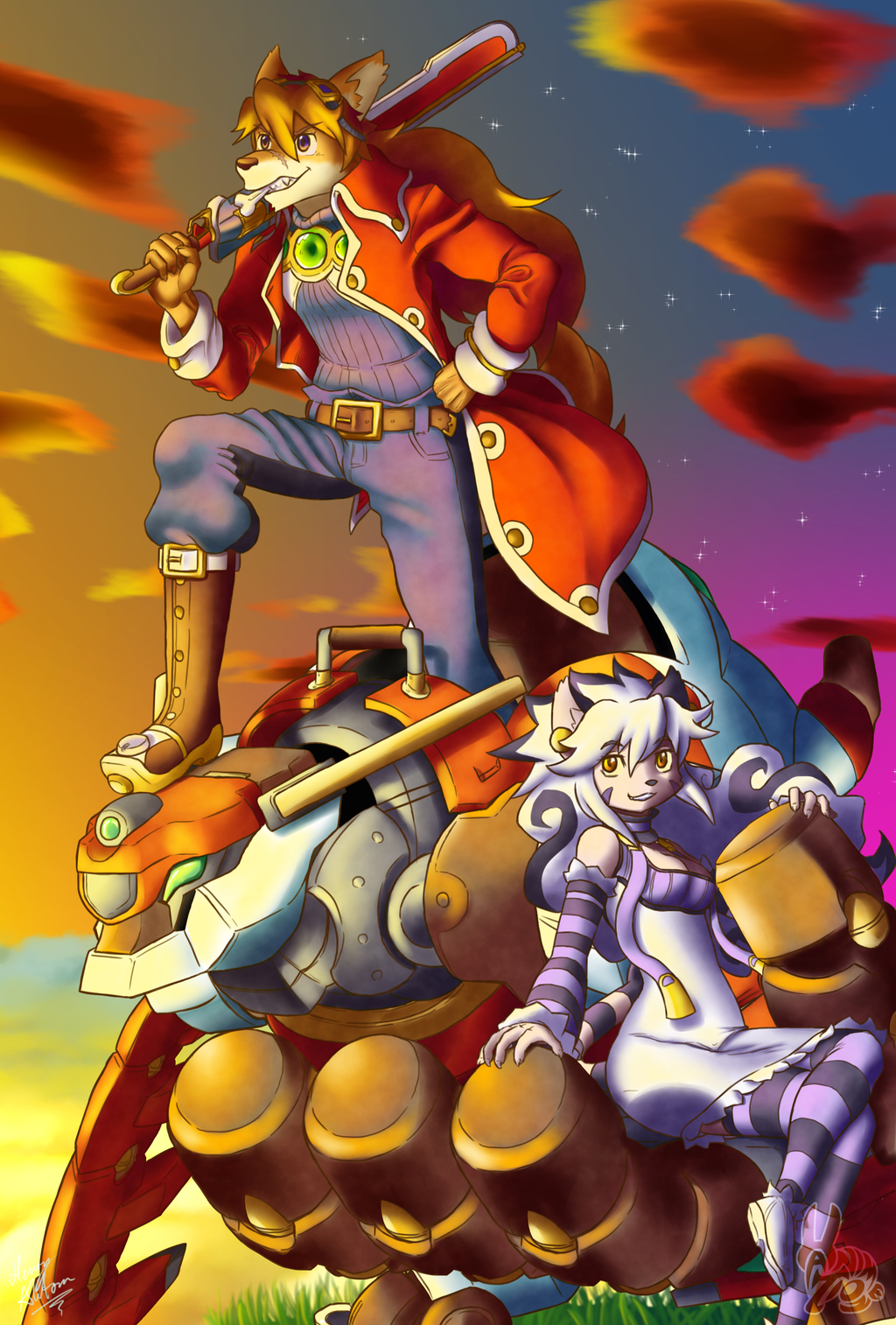 Red and Elh - After years

Sunset lighting is a heck of a doozy, but I totally wouldn't mind doing it again
This right here is my first piece of fan art for what I consider a hidden gem for the Nintendo DS, Solatorobo: Red the Hunter, a fun little game that combines anthros, mecha, and the mindset of throw stuff at other stuff to win.

Pictured are the two lovebirds, hot headed protagonist Red Savarin, and the almost equally as hot-aired yet mature Elh Melizée, around about 10 years older since peace was restored to Little Tail Bronx, looking out over a sunset bathed sea of clouds, perched atop the tail end of an archipelago.

I incorporated some of Adult Simon and Nia's (ya know, Gurren Lagann, the other mech series with anthros) design into these two, it actually fits pretty well I say.

Art by Hanimetion
Red, Elh and Solatorobo belong to and are copyright of CyberConnect2