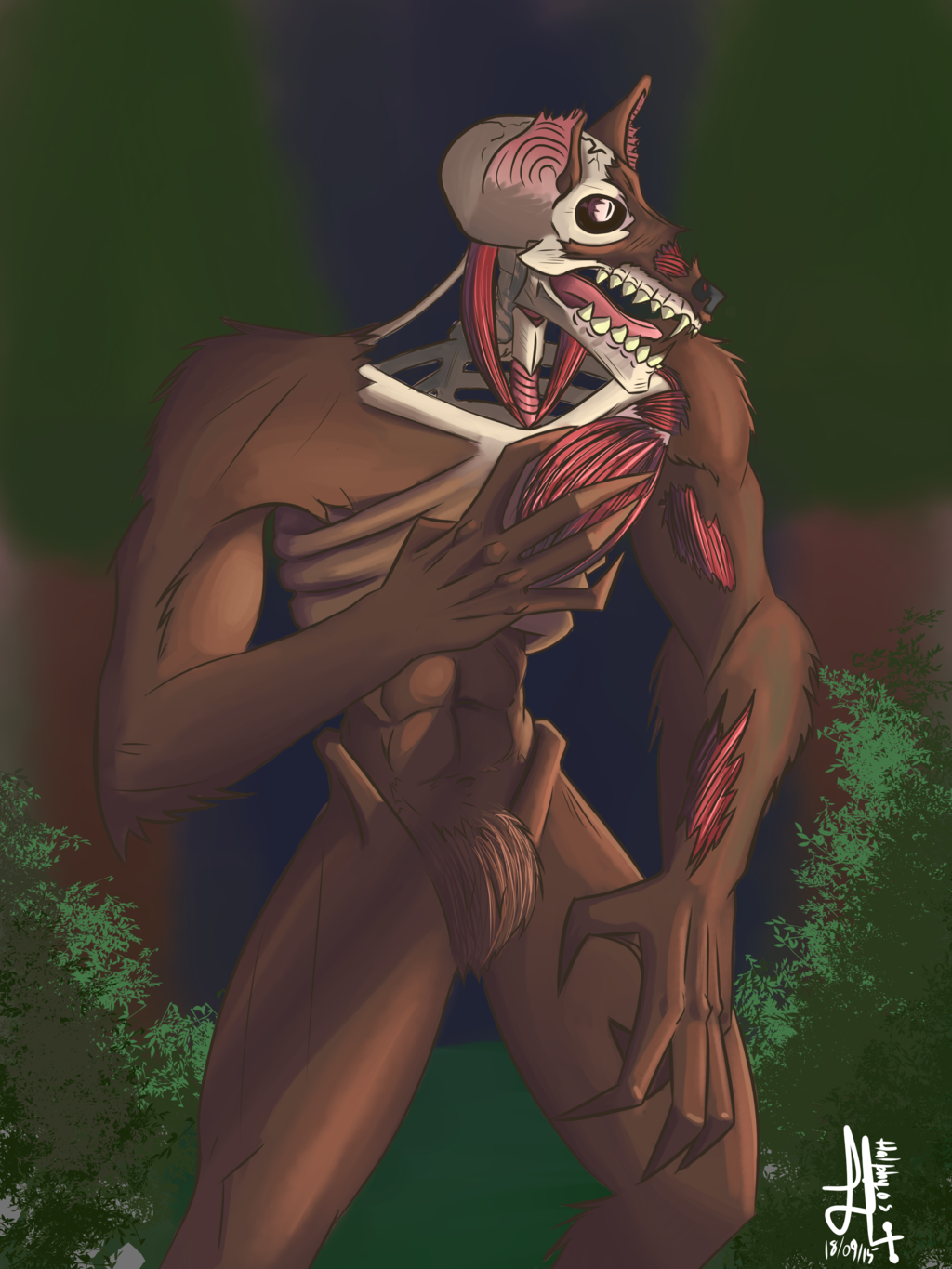 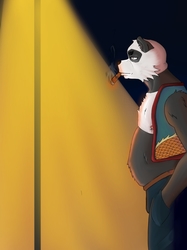 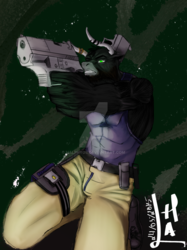 COST_DATABASE:.
SYSTEMS_LOGGING_IN:.´
DESIGNATED_FILE_OPENING:.
FILE NAME: CAPTIVE SUBJECTS:.
SUBJECT NAME: CAPTIVE 002 AKA RISEN
Captive 002, Risen.
Captive 002 behavior is beyound extreme aggressiveness, it is still unknown whether is caused by a stimulus from the brain. It appears that Captive 002 has no internal organs but yet has a brain, a throat, exposed muscles. It is unknown as to how he is able to move and survive without his main organs. Unlike Captive 001, Captive 002 has no sexual interests even though he expells pheromones that will atract the prey to him and he will proceed to gut the prey and play with it's corpse. It has been shown that Captive 002 has purely killing interests and does not show any signs of communication nor understanding of the English language. It is uncertain whether this Captive has human precendents or not, for it's DNA is again, compatible with humans.

Captive 002 can be found in areas of low visibility and extereme noise such as [BLANK], everyone within 60 meters from Captive 002 is to evacuate the area and call for COST personell.