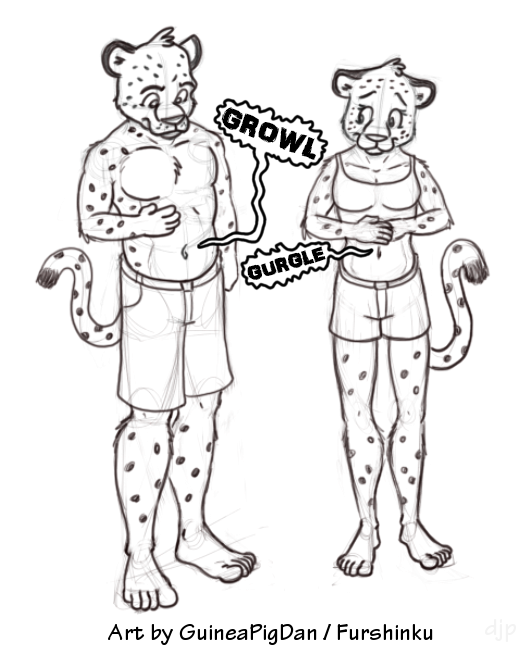 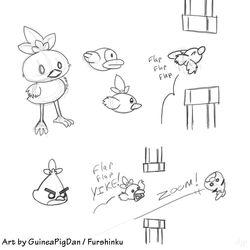 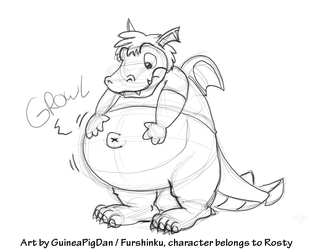 Want to commission art or an animated icon from me? Here's my prices: http://guineapigdan.deviantart.com/art/Commissions-are-open-311345512
My Facebook fanpage: https://www.facebook.com/Guineapigdan

A Sketchbook pro doodle of two leopard characters of mine, Lyle and his girlfriend Lyla, both of whom I haven't drawn in a long time. According to the web, real life leopards can eat up to 5-6 lbs of meat a day (although various sites give different amounts). I don't know how much an anthropomorphic leopard would have to eat but since they're predatory animals, I imagine they'd still have to eat a good amount. Their stomachs would probably get really rumbly when they're hungry though. :)

Next I might draw Lyle and Lyla trying to eat one of my other characters. Who will be their unlucky victim?