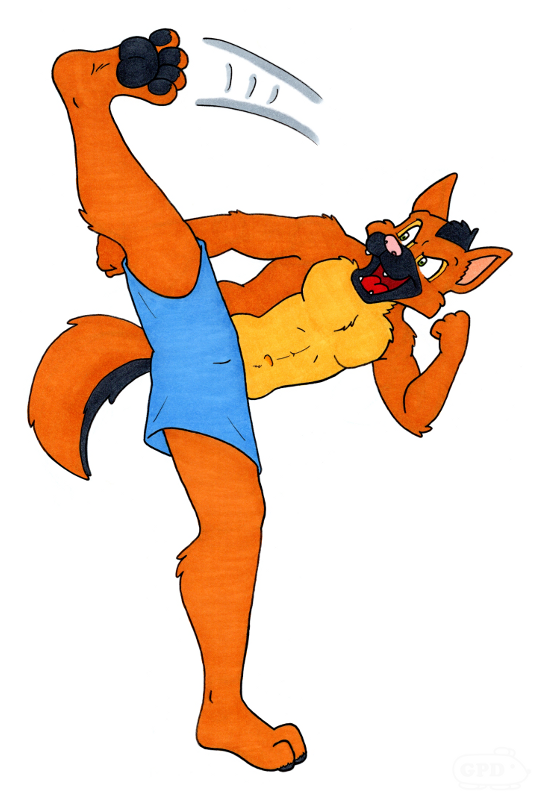 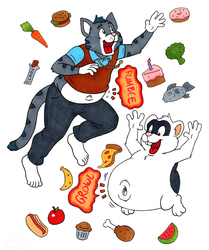 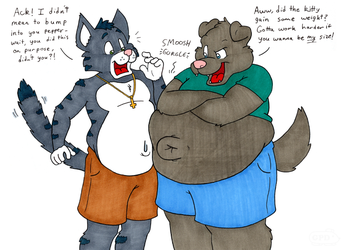 Chuck the G-Shep fact: Stray dogs are caught and sent to the dog pound. But dog catchers won't take Chuck in fear that he'll send them to the human pound.

After nearly a year and a half, I'm FINALLY finishing this drawing. This started off as a sketch I did in 2019 https://www.weasyl.com/~guineapigdan/submissions/2030412/chuck-s-roundhouse-kick-2019 in which I had Chuck doing a roundhouse kick like his namesake Chuck Norris, but I never got around to finishing it up. After having that sketch on the back-burner for so long I was like, screw it, just redo it as my next copic marker drawing. Funny story, not only did I use Chuck Norris kicking as a reference, I also tried to imitate the kick myself as a secondary photo ref. I did a very high roundhouse kick and ended up falling over on my back. It hurt a lot, but it was also very funny and worth it for this drawing! The fall was captured on my camera, so maybe I'll make a gif of it on twitter later.