Peter the Cat Reviews the Star Wars Prequels by GuineaPigDan 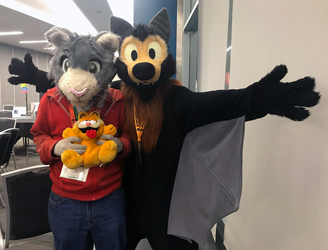 Before the Rise of Skywalker was released, I watched all 8 previous Skywalker Saga films to see what it was like to watch all 9 films back to back. Here's a rambling review of the Star Wars prequels! Reviews of the Original Trilogy and the Disney sequel trilogy will be coming!

Edit: I don't remember if it was Empire or some other magazine I read back in 2005 that mentioned re-shoots and re-edits to Anakin's fall in ROTS, however this article by The Secret History of Star Wars mentions some of the quotes I remembered about Lucas showing rough cuts of the film and viewers being confused at why Anakin fell to the Dark Side.
http://fd.noneinc.com/secrethistoryofstarwarscom/secrethistoryofstarwars.com/theturn.html