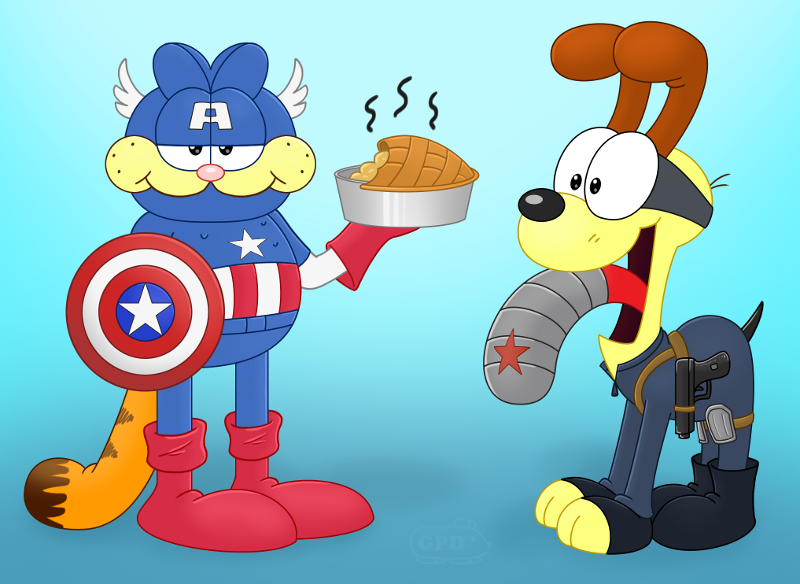 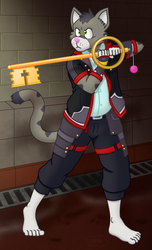 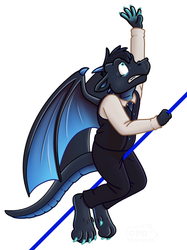 Captain Furmerica and the Winter Slobber

This started off as a doodle I made months ago while watching one of the Captain America movies at a meetup. Since Avengers 4: Infinity War Part 2: Marvel Vs Capcom Endgame is now the biggest movie in history, I thought I'd finally colorize this drawing. Garfield probably wishes he could be Captain Italy instead due to his love of lasagna, but at least when he's Captain America he gets to eat all the apple pie he wants. Odie would probably be a terrible Winter Soldier though. How can Hydra brainwash someone that has no brains?

Oh and since Disney purchased Fox, that means Disney now owns both live action Garfield movies and the three direct-to-DVD movies. I wonder if this will allow Garfield to make cameos in future MCU and Star Wars films, or become the next Disney princess?