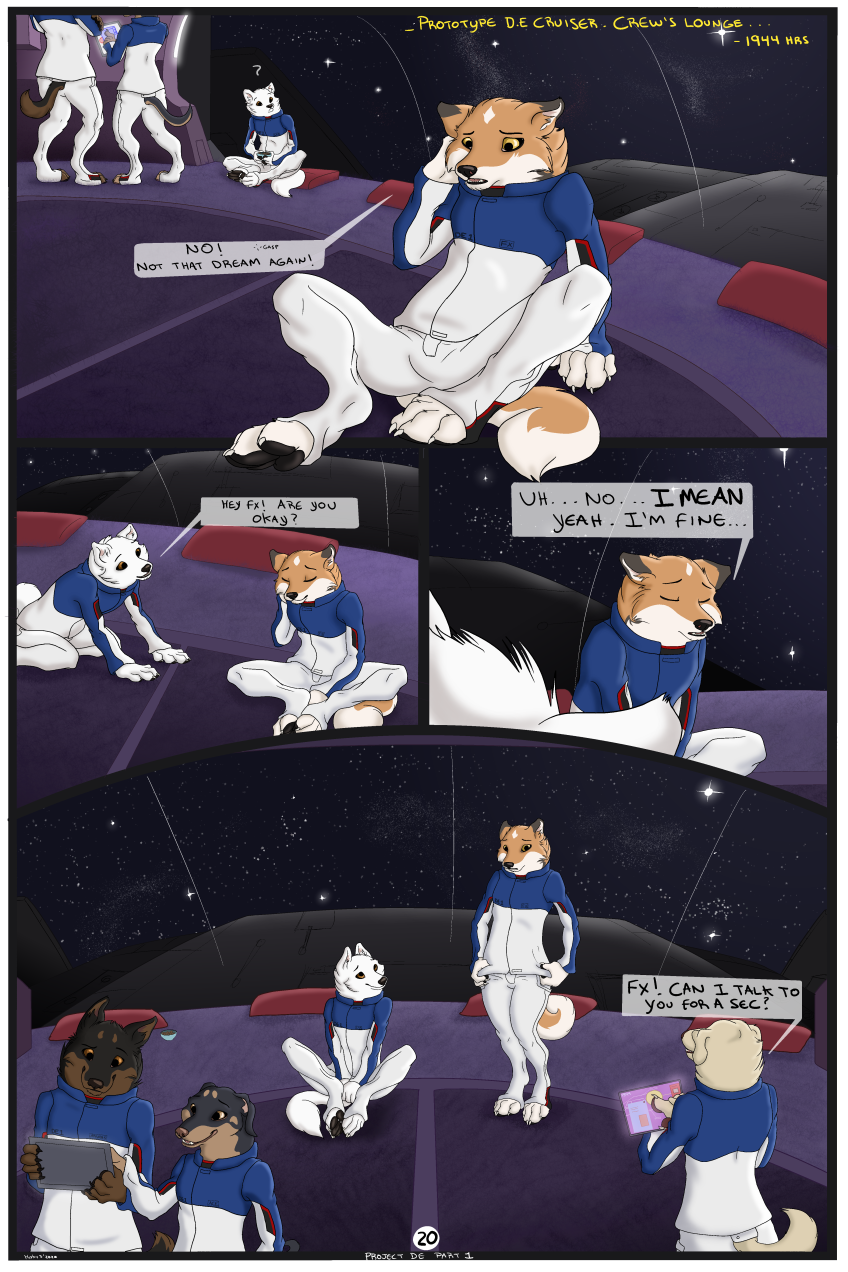 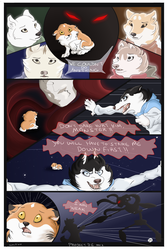 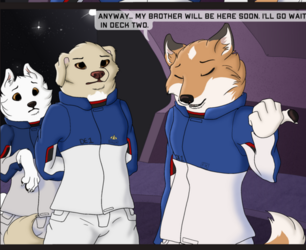 While Husky is on his way to join Project D.E Development Team, we travel outside Canis Major into that very ship; the Prototype D.E Cruiser. It's been a long day and the Dev Team is wrapping things up before Husky's arrival. But not everything is fine. One of the members struggles with suppressed memories of his passed. Non other than Husky's brother, Fx. That little puppy that once almost lost everything 13 years ago during the Year Zero invasion, is now all grown up.

Man, this page was a bit more complicated than expected. not only getting a really difficult angle, but also trying to get a design I only know in my mind into paper. It's not perfect, but I am very pleased, as it is as close to what I have envisioned part of this cruiser ship would look.

Story and art by me