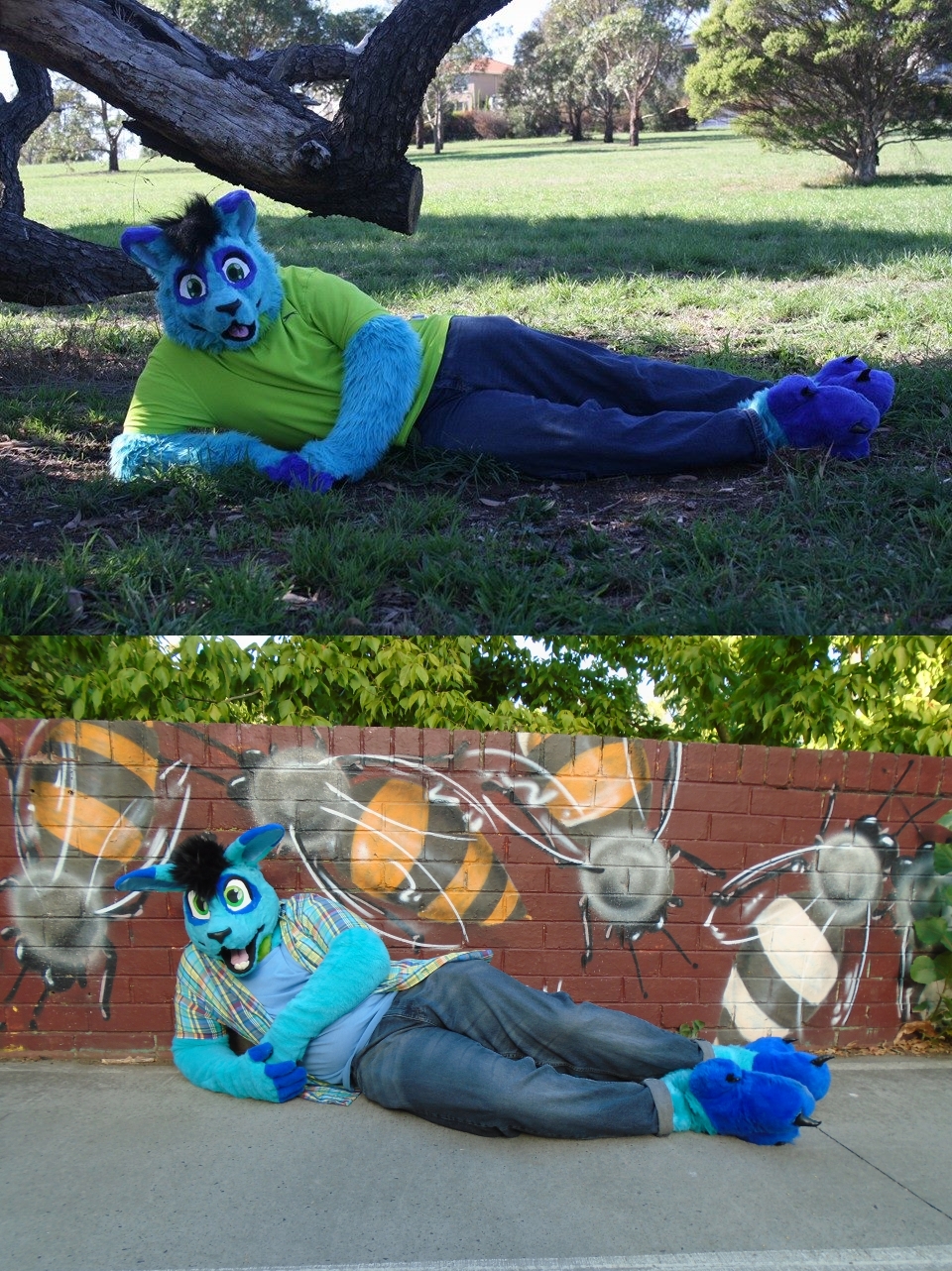 Folder:
Groo in the flesh! « Older

Top 2014:
Groo was the first fursuit commission taken by Shadow.Arktis (FA) and was completed back in 2013.

Bottom 2017:
Groo was later updated in 2016 after Shadow had gained more experience and had branched into operations as CritterScape Creations. The update included the obvious shave, a new tail, and the same head with teeth, new ears and new eyes!