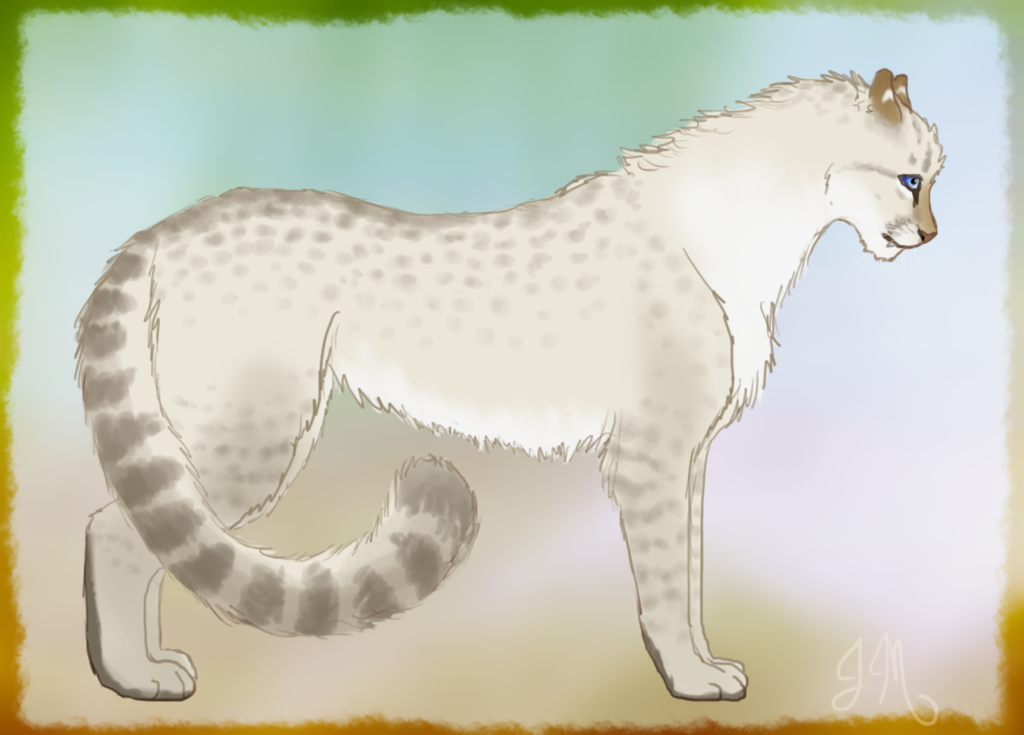 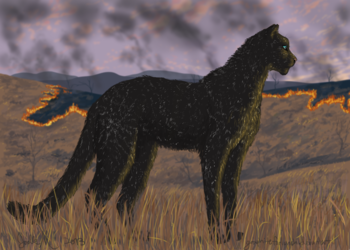 More Ratha and the Named/Ratha's Creature fanart created last year during the fundraiser for the graphic novel, which was successfully funded, by the way!

The Named are in the Dinaelurus genus, and they are sentient feline-like creatures known as nimravids. (It's easiest for me when explaining them to people to just refer to them as prehistoric cats, even though a few small differences like ear bone structure keeps them from being classified as true cats.) I imagine in the setting where Ratha's Creature, a book written by Clare Bell, takes place, that my character, Nyarra, would live a few generations after Ratha and the other prehistoric cats we know so well. She has a bit of a fluffy coat. Perhaps that indicates that she is a descendant of 'canon' character Bira, who is longhaired as well, but I cannot say for sure.

Nyarra is based on the coloration of my own cat, Azara, and I imagine that if Azara tried to pronounce her own name it might come out sounding like "Nyarra." It's fun to imagine that there could have once been a cheetah-like nimravid with her personality long, long ago.