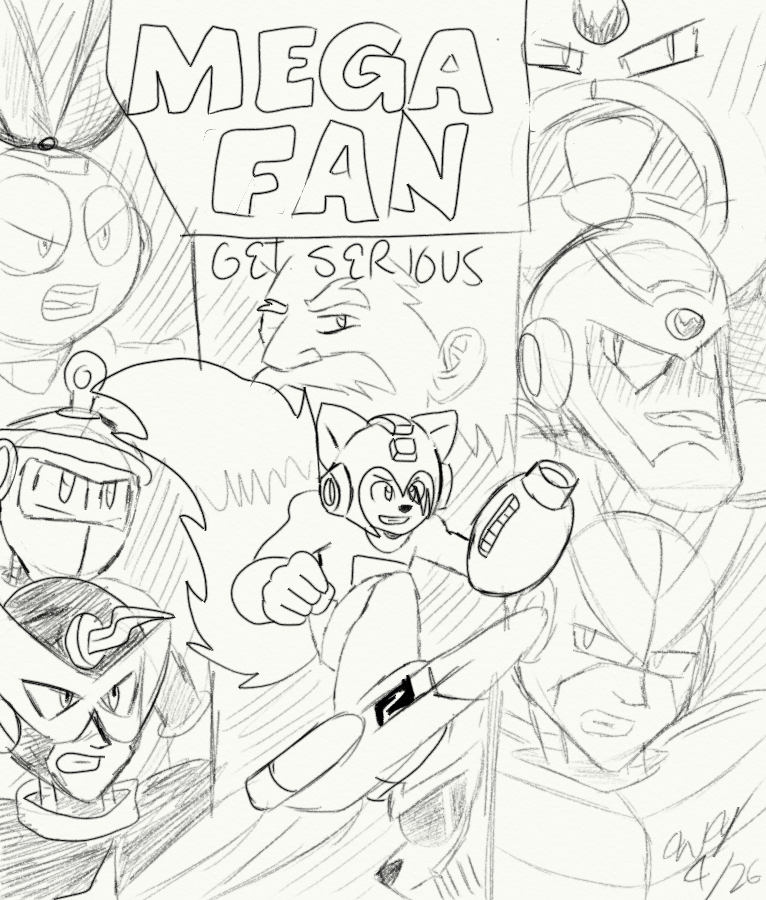 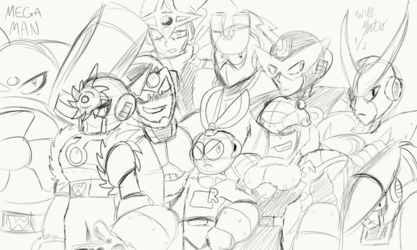 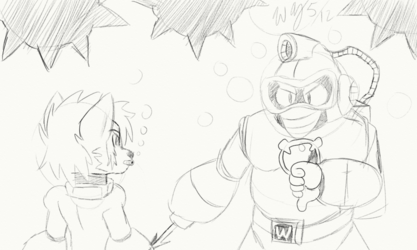 You guys remember this picture? I refined it/redrew it and made it better. Basically the original one was just Mega Man 2 just refined a little. In this one I figured Mega Fan and Proto Wolf (he's at the bottom of the pic beneath Goldie) could take down Wily's Second, Third, and Seventh Numbers with the help of the Light and Cossack Numbers.

What of the Fifth and Sixth Numbers?

-The Fifths are responsible for funding Wily's research and are too busy to help Wily.

-The Sixths are not Wily's and defend the eight continents of the world but are unable to help. Decommissioned by Wily's men.

Can Goldie and Proto save the world (HECK YEAH!)