A Fire in the Darkness by GoldenDruid 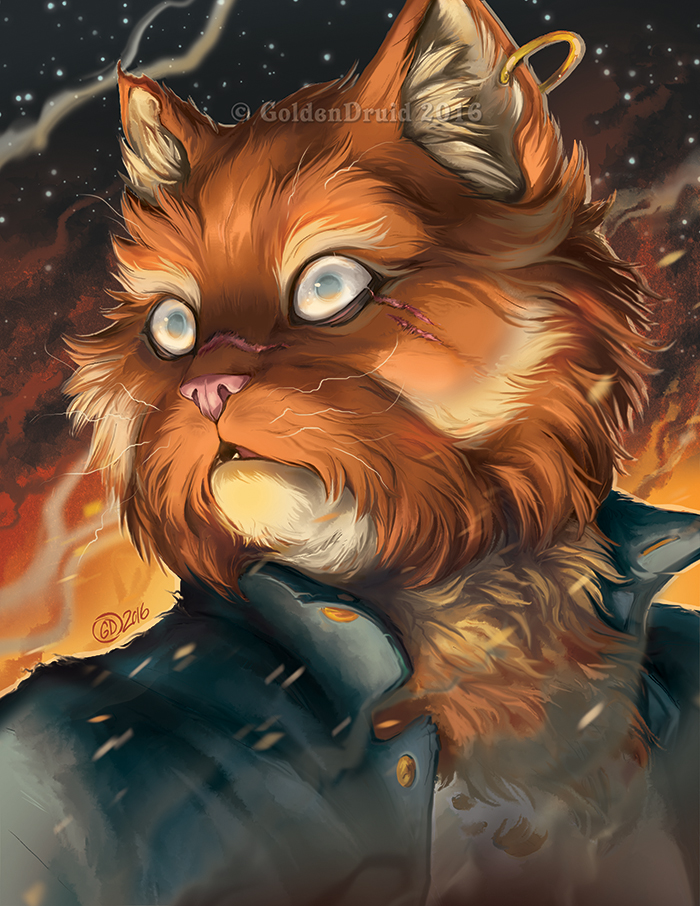 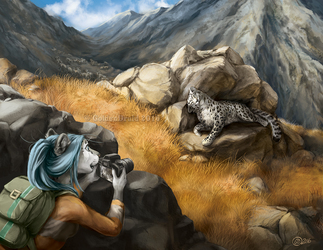 A Fire in the Darkness

We see our Lieutenant amidst a fiery scene, most likely out at sea during a fierce battle between pirate ships.

He was such a fun character to bring to life!

Here is a character description from the commissioner:
He's a pirate, and a drunkard, and despite all that - super religious. Lt. Purrcivile is the captain's religious advisory, helping him manage and explain all the different beliefs that come onto his ship and explaining the way they work. He's got some scars on his face from his fighting days. After his switch to a religious life style, he has chosen to give up his sight, and as such, his eyes are blind and clouded. He usually drinks from tiny little flasks, and after taking a swig, he likes to reassuringly glance at someone (or in their general direction) and go "It's milk and liquor.... Mostly liquor".

I currently have some space opening up in my commission queue for this November. If the slots are still open within the next few weeks I'll post a journal offering them up. However, you can email me with your commission ideas anytime. I'm happy to discuss your project year round and schedule you in the queue.