Dragonborn Paladin of Bahamut by Glen 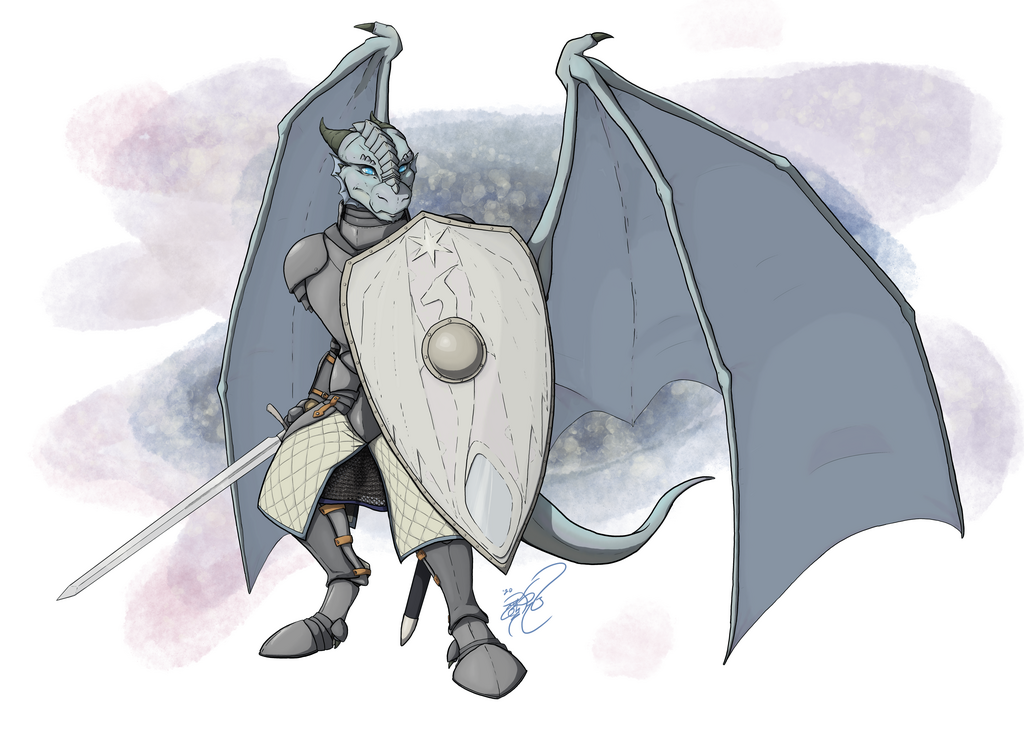 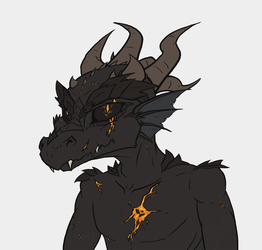 A drawing of my dragonborn paladin of Bahamut, Nova'kīn Orn Molik Malsvir Losvir Rakshasterra, brother of the silver skin and bane of evil's terror. The sacred shield, divine defender, and paladin of the people.

I originally ran this character several years ago in D&D 3.5e on a short adventure, but he has grown immensely as a character over the years, and I wanted to tell a better story with him. The style of dragonborn is based off of my favorite version; in 3.5 dragonborn were not merely a race that may or may not have connections to true dragons. It was an ascension. Chosen by the draconic gods and offered rebirth in order to better defend the realms from the tyranny of Tiamat and her followers.

The design work on the shield in particular is a blending of Bahamut's traditional holy symbol of a star over a milky nebula, the modern representation of the draconic head facing left on a shield, and the symbol of Apsu (the Pathfinder equivalent), of a silvery dragon with a reflective pool encircled within its tail.