Don the Gold Dragon by gingerpepp 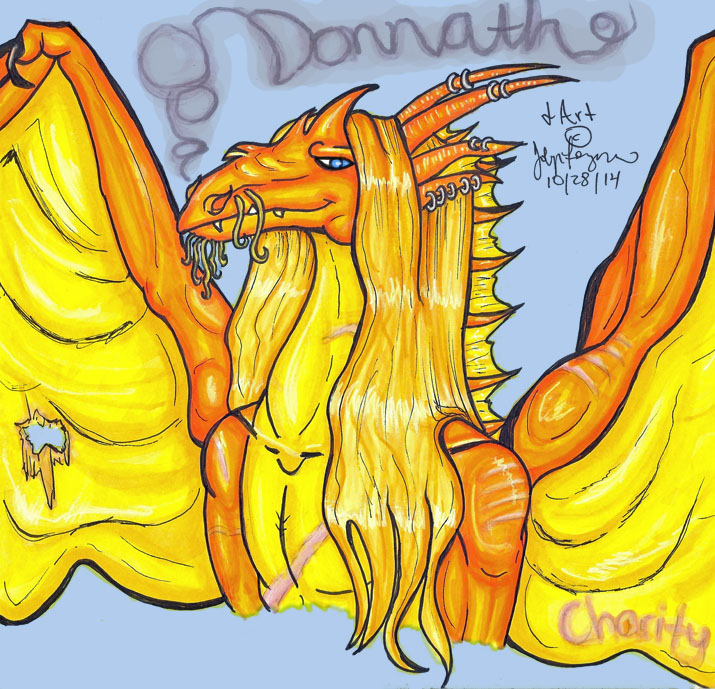 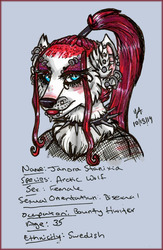 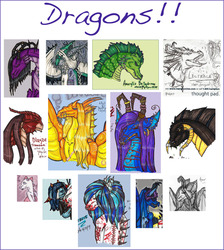 So Donnath is the very first character I ever made up besides SilverWing. He's incredibly special to me, and holds a very close space in my heart. He is based off of Dragonlance as are most of my other characters, especially dragons. I hardly ever draw him because he's usually in his true form which is that of a Qualanesti Elf. But his anthropomorphic form/form he can shape shift into is that of a Metallic Gold Dragon.

In Dragonlance there are Chromatic and Metallic dragons - Evil and Good respectively. Therefore Donnath's Dragon form is also very representative of what he represents to me. He was SW's first true guardian, best friend and love, and is a truly "good" character. Anima was the opposite, so he being a Chromatic Blue and Don a Metallic Gold represented an important dynamic. Also, the word "Charity" scarred into Donnath's wing is one of the 7 Virtues countered to the Sin "Wrath" that is carved into Anima's.

Fun fact, Golds are the most powerful Metallic, while Blues are the second most powerful of Chromatics, representing Don's upper hand he's always had on Anima. Gold's breath weapon is fire, and that has always been Don's element he can harness. Being an elf he has strong magical capabilities, and along with that is an excellent musician with the most beautiful voice you will ever hear.

He is my Donny-poo Elfy-kins and is so much more than just a "character." He's been my best friend for most of my life, no matter how alone I've ever felt.