The Last Wheel by Ghostbear 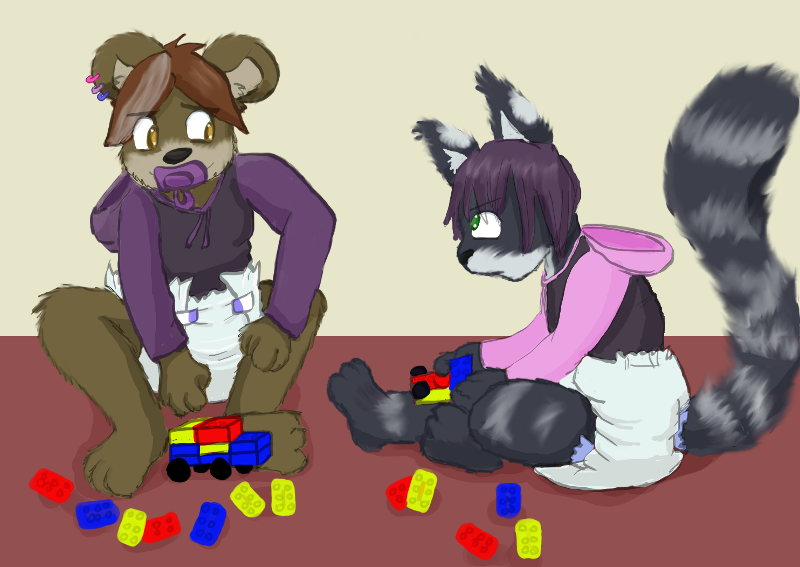 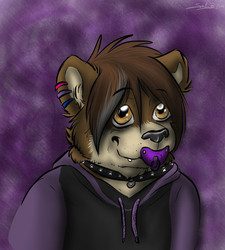 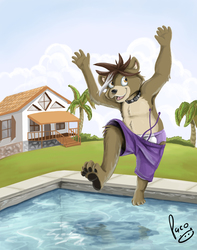 Ahh, Legos. Always loved them as a child ... so what better than to sit down together with my little brother  fa: Kuraiko as kids and just play, innocent and carefree.
Seems there aren't enough wheel for both out vehicles, tho ... but I was fast enough to snag the last wheel before he noticed. Hence the smug grin.
Sorry, bro ^.^'
But hey, maybe we could build two Trikes instead of two cars ... then we'll both be happy again.

The picture was done by the talented and kind   toddlergirl as part of her kiriban game on FA. Both Kuraiko and I managed to win a spot at that game .. so we decided for a two-character picture instead of two solo ones. Came out really cute.
Thank you very much ^_^