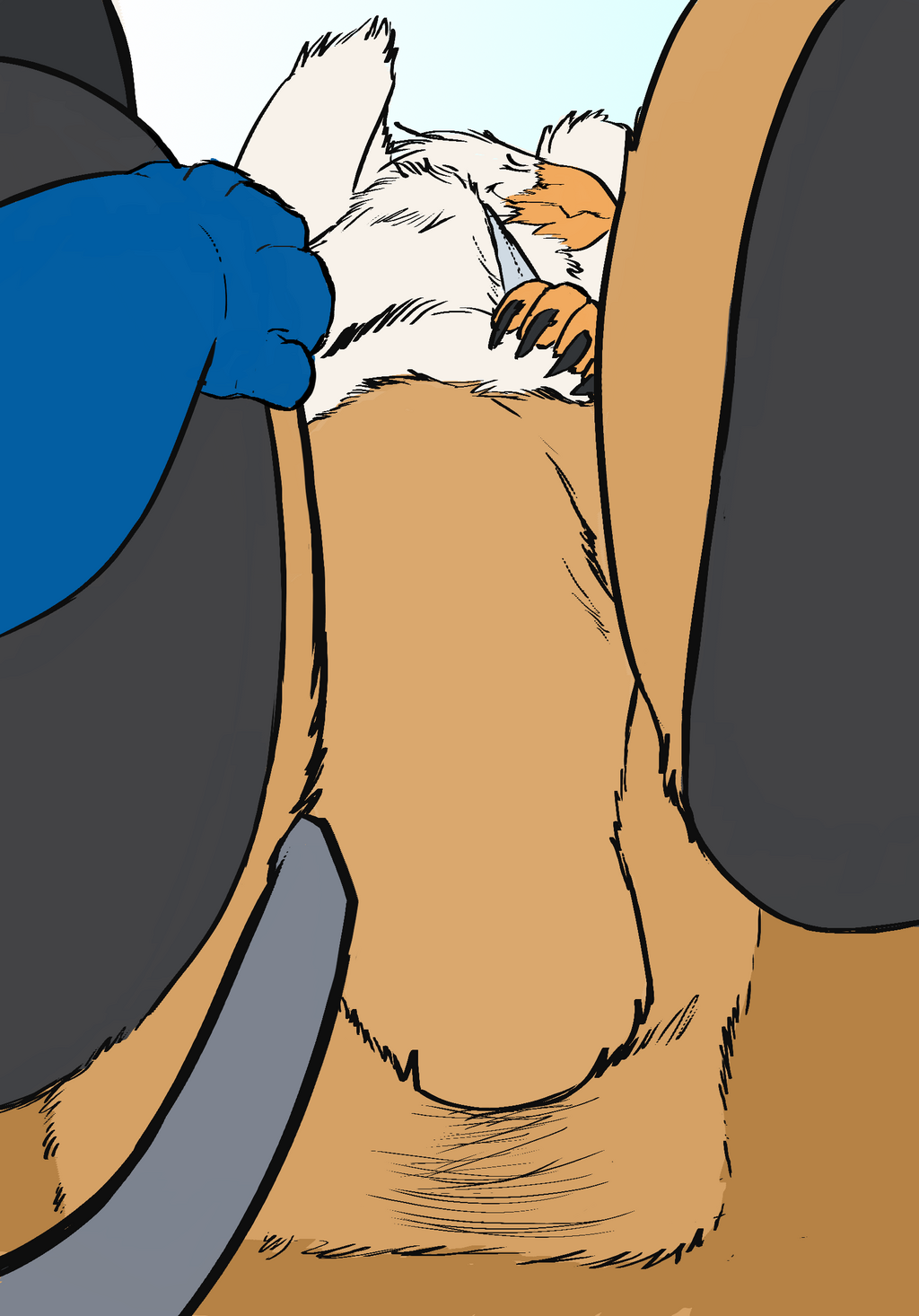 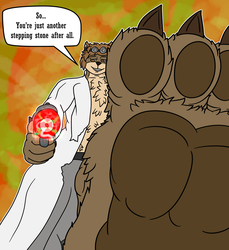 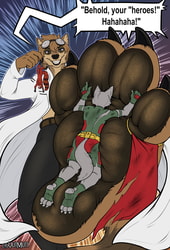 Lord Dannik looked down at the pathetic would-be "hero," now pinned under his colossal paw. Nothing more than dirt underfoot, just like all who challenged him. He couldn't help but give a satisfied smirk and he stood triumphantly upon the defeated foe--lightly for him, yet still enough to ensure they couldn't move, except to reach up and weakly lay a hand upon his toe. As this happened, the gryphon spoke.

"Do not think to intrude in my kingdom again, little wingless thing. Instead, you shall walk home, that you may inform your people that I alone am the sole heritor of the heavens, and I do not brook the trespass of challengers in my realm. And should you, or any fools like you, dare to return..."

Before the pathetic "savior" could even weakly groan, their vision went dark, and for a few moments felt themselves being dragged left and right as the gryphon proceeded to grind them under his massive foot into the dirt. After a few moments of grinding, to warn them as well as literally rub in his victory, he stopped and asked, "Understood," in a sing-song manner. Then his toes closed over his captive's face before they could answer, he applied a final bit of pressure, and finally lifted his foot to walk away, leaving the broken, defeated nuisance behind. This audience of Lord Dannik was over.

A commission from Gizbabbu on FA for

triplel , starring his AMAZING gryphon character, Dannik. Who I may or may not have a SERIOUS crush on. >///<