Through the Caves by galacticpink 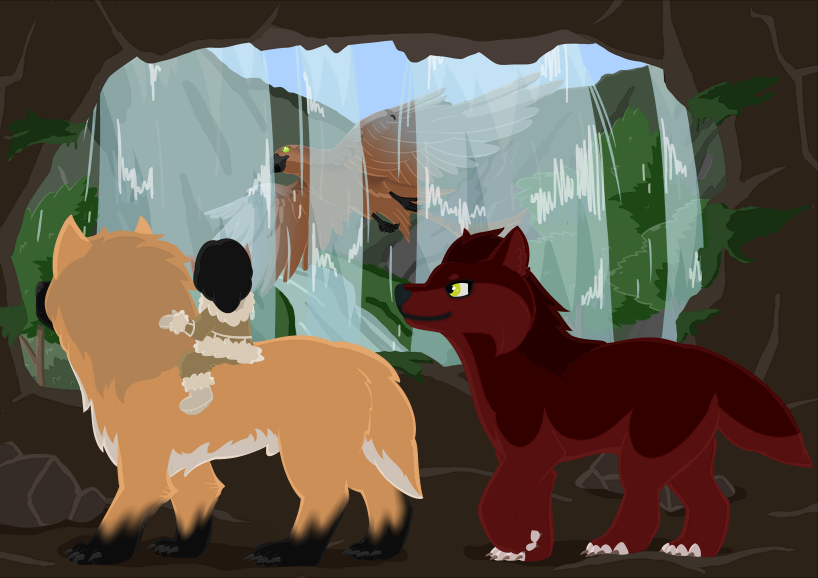 Due to Gali's birth tribe of Arctic Elves being long time residents of Tokotna and their historical peaceable (if distant) interactions with the human tribes, Tsula Tribe's existance wasn't really news to her. Her attitude growing up though did mean she didn't learn as much about human tribes (or even Arctic Elf ones that she wasn't born into) as she could have. After working with her Tokotas some, she heard the rumors of the tribe. The sometimes exaggerated rumors of Tsula Tribe members rescuing mistreated Tokotas is what originally caught her attention. What sold her as she did her research was their more traditional means of living.

Getting through the hidden cave systems to Kuniak went fairly smoothly thanks to a combination of Gali's ability to track and her Tokotas' senses. It was a little trickier getting Dawnstreak there. She's still pretty young and Gali was worried about her getting lost or distracted while the rest of her pack were travelling through the cave. Dawnstreak impressed by finding the village first and then proceeding to wait by flying around the valley. At one point, she even found an opening in the cave system just as Gali and her Tokotas were travelling through! They spent a bit of time together before they parted ways again!