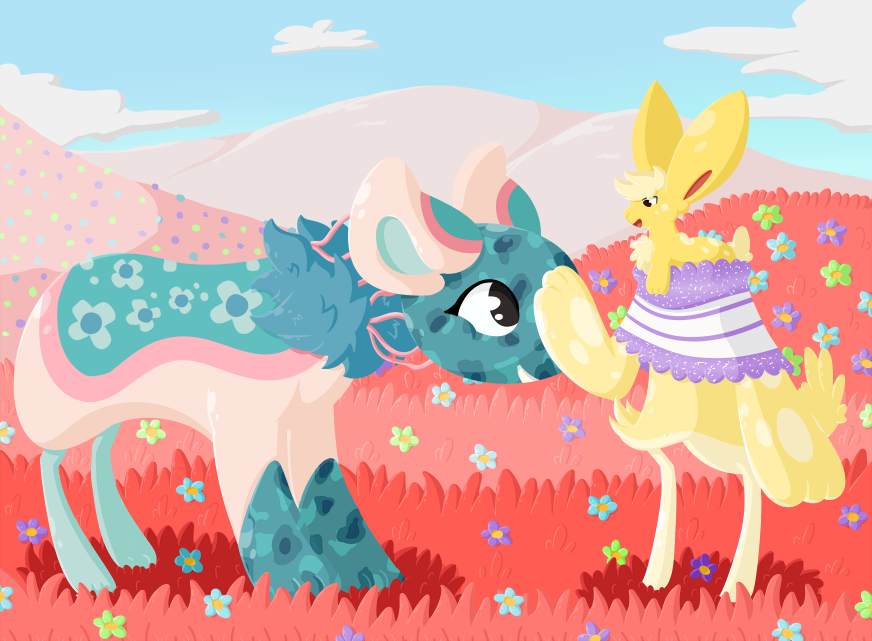 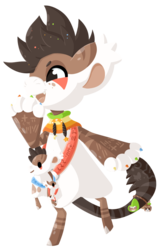 My bavom Zest (the yellow rabbit-based creature) likes most animals, and they're willing to admit that to most people who ask! Their favorites are the cuter ones, and they don't run around admitting that. Even with their willingness to admit the former, they'll be a grump and not show much affection if they think people are watching them.

Being alone though, they're more than willing to smile and pet the cute Geotura (blue creature, this particular one belongs to http://sugarcandyy.deviantart.com )! Really, they'll positively interact with any of the animals of their world, but the smile and happiness won't usually be shown near others. Zest is a tough Bavom and they're not about to have people question that because they like cute things which they totally don't and if you keep saying they do they'll punch you what do you mean that's not very convincing.