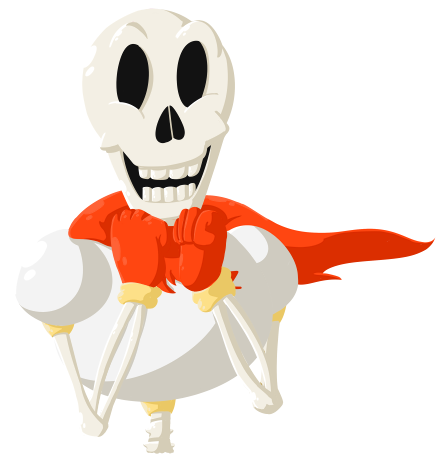 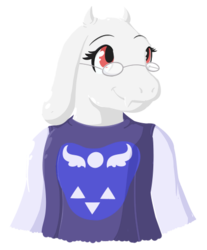 This guy gave me more problems... see, I wanted to have more of an actual skeleton lean than the official art, but finding the right balance between the sprite, my style, and realism took forever. Then I had to decide if I was going to have him transparent behind his teeth (and thusly having to draw more of his spine) or if I wanted to go with the same black I used for his eyes and nose. After looking at some stylized but clearly drawing from realism skeletons from cartoons I went with the black.

This (probably) isn't a series, I just had this guy sitting half-finished forever (Seriously I had the sketch done the same night I finished Toriel) and wanted to finish him.