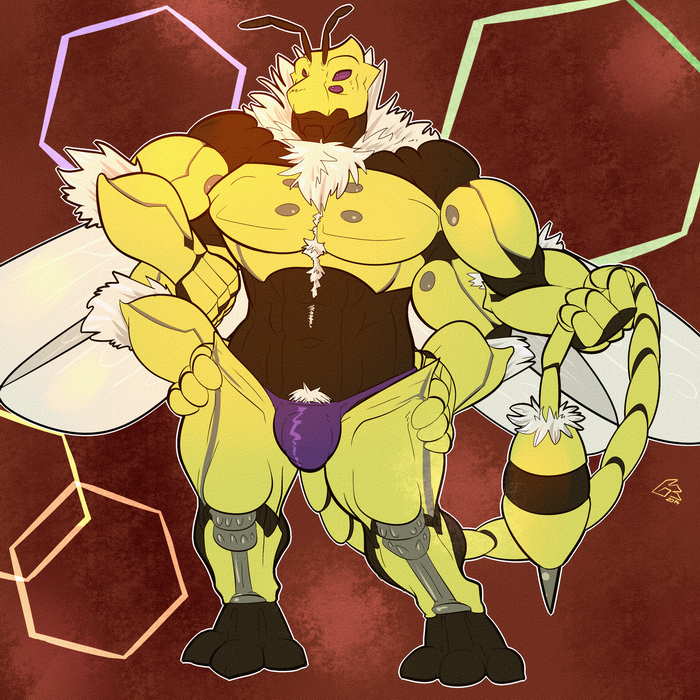 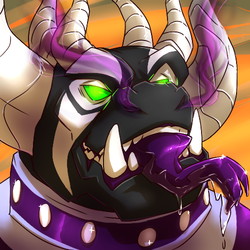 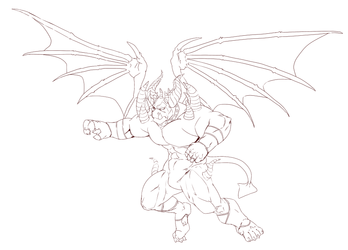 So I had an Idea for a bug character that I ran by   DanAndNite as a commission. This big guy is the result. So, everyone say hi to Lance :P

I think it's safe to say he is a Bee/Scorpion Hybrid, or a Scor-bee-on, as some people have taken to saying. XD

And a bit of info Quited from Nite:
"He also is supposed to be a quad pec to go alongside his four arms, but rather than have the muscles located one pair above the other, they are instead one pair layered OVER the other, giving an even extra thick layer of chest muscle."
So if you looked from the side or at an angle, the pecs would have some serious volume to them :P

Lance the Scorbeeon is mine~