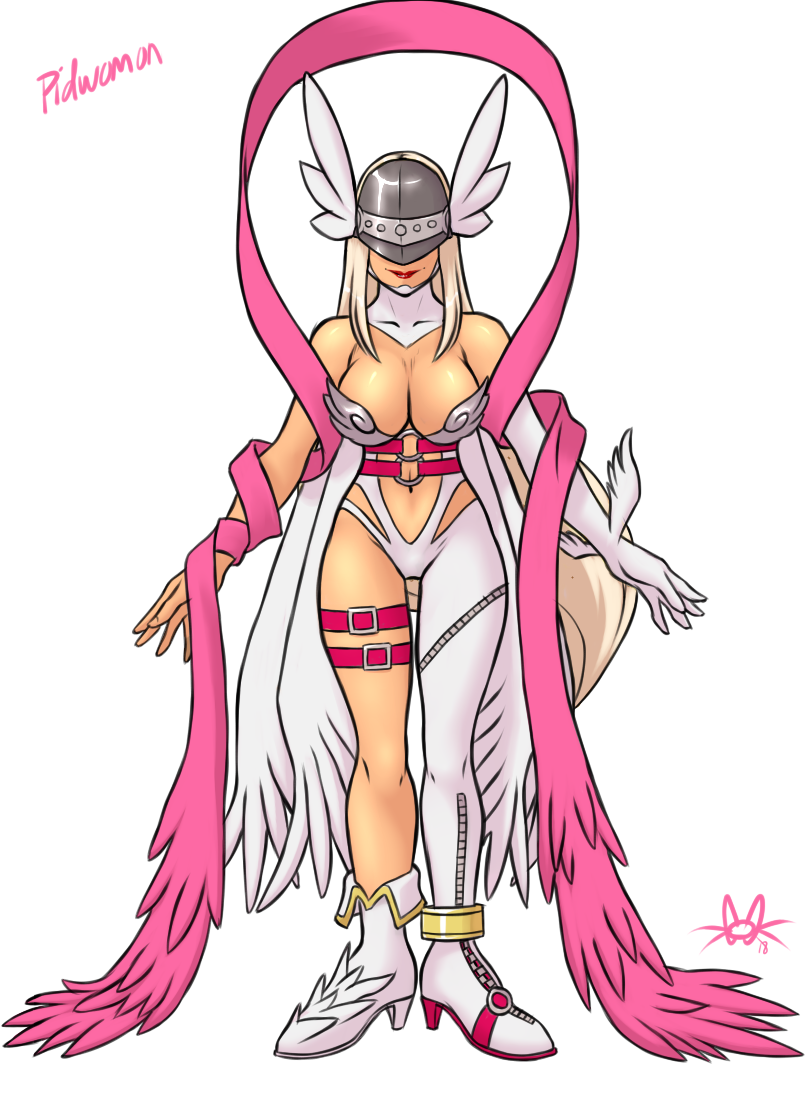 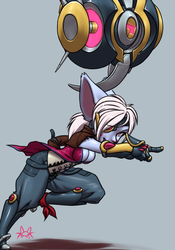 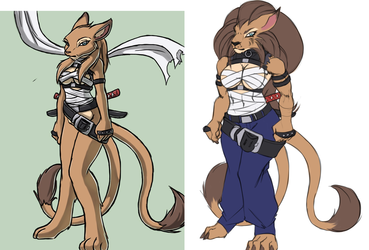 Back in the day when everyone was hot for trot for Angewomon, I had discovered that Angemon--her male counterpart--had an alternate line: Pidmon/Piddomon. At the time, I had found out that he was basically a cupid angel, hence 'Pid'mon. So I made one for Angewomon. x3

The differences between her virtuous counterpart, Piddowomon has four wings instead of eight, isn't afraid of the sun (:p), and is rocking that platinum blonde do. Gone is the holy cross on her helm, and replaced with the iron bar; as well as the royal gold breastplate, to righteous platinum. And of course, as I've done with most X-antibody based Digimon I've done so far, is more voluptuous; who would complain about that? :p