aye lil momma lemme whisper in yo ear by fullmetalshadowwolf 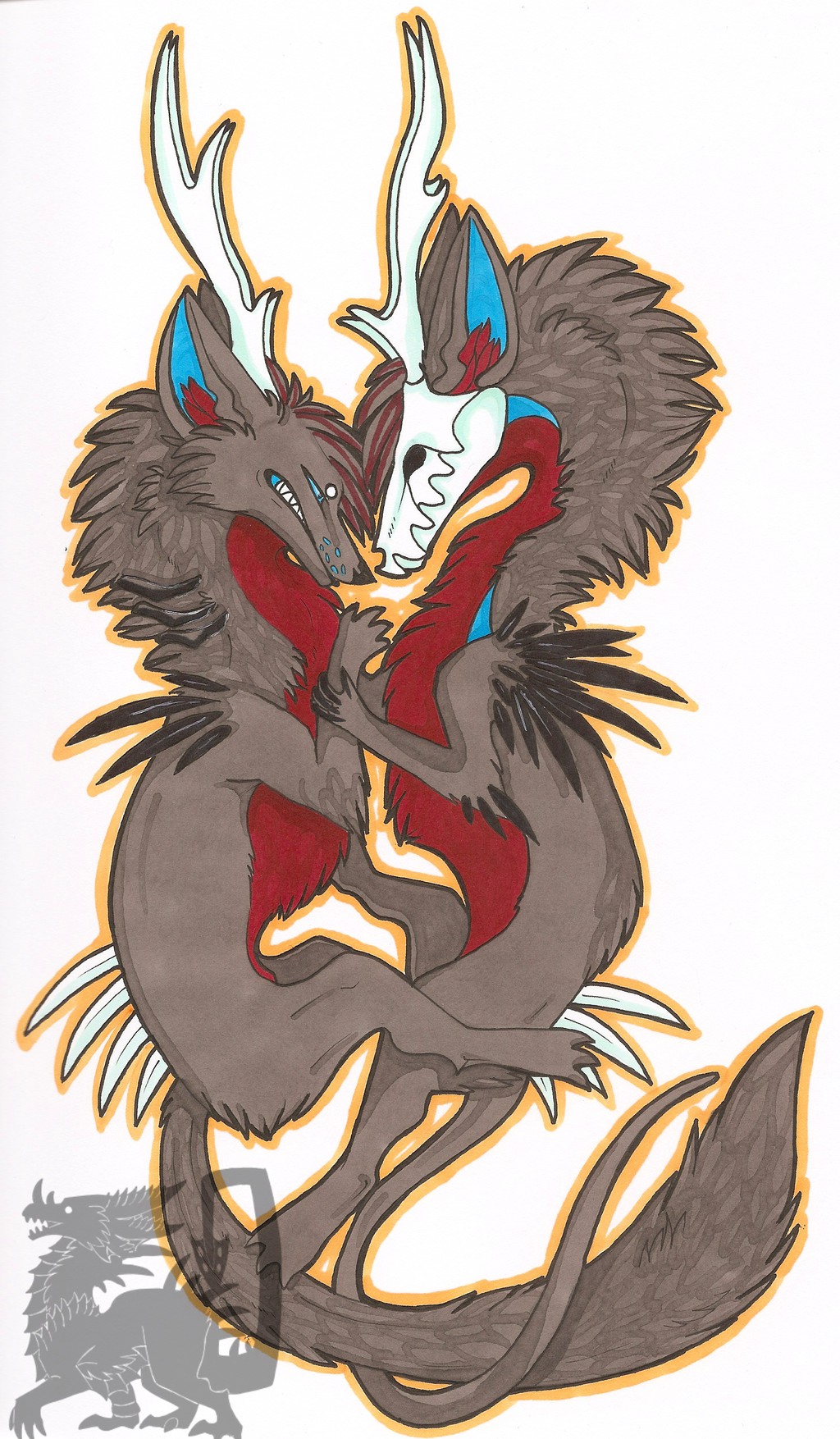 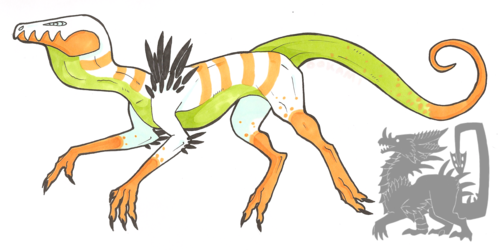 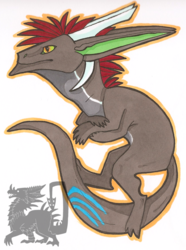 Mikael (left) and Ross (right), my two shapeshifting babies (Ross is rather far removed from what Mik is though)Theres a lot of history between these two, which is why I often draw them together and when referring to one I ultimately end up talking about the other too.

TLDR about my headworld and these two below; watch me bullshit science stuff
Mik basically started out as an ordinary human who after surviving the purge (series of mass-killings targeting humans/human populated areas) got himself caught by some fringe-government agency that were conducting a series of ~experiments~ on humans b/c why the fuck not (more because they were trying to isolate the ability that gave dragons the gift of switching between feral and human forms and applying it to weaponising these kinds of abilities/ect). After years of awfulness (and a vague success in that Mik gained pseudo-shapeshifting abilities within a limited scope) Mik manages to escape and build a life for himself(a life of shadiness and brokering in information), trashing the place where he was being held, and successfully destroying a whole chunk of their information (Mik was the only successful survivor of the project, the rest either died during the process or were terminated after discovering their failure to meet particular outcomes). Fast forward idk how many years (less than 10?? idk) and the project is started up again with the backing of a ~powerful supporter~ and using both new and old info they manage to create a ~living virus~ that vaguely resembles some sort of dragon (basically, Mr Original Virus can 'infect' others with his bite, turning them into vague replica's of himself before the host's body succumbs to the aggressive attack and dies (flesh degradation, organ failure its pretty nasty)). Those bitten by Mr Boss Virus (Ross) are known as Infected and cause indiscriminate havoc and destruction (eating people, evisceration, all good things (their only true drive is to continue on their particular viral line and jump to the next host)), eventually trying to infect their next victim before the current host body fails and dies (Ross is the only one who is essentially immortal). Ross has a 'connection' to all infected, and all that they/their hosts learn/know is passed back to him, so you could consider him a wealth of knowledge and insight. As well as this, Ross has unlimited shapeshifting abilities (essentially anything he can think of, he can become), the one flaw being that in all forms he is blind; if his form has eyes they are basically useless (in his original shape he has heat-pits set into his skull which he uses for sensing and essentially his 'vision' is comparable to infrared (meaning he has never actually 'seen' the world except via the infected's memories/experiences)). ANYWAY, Ross easily escapes the shady organisation (surprise surprises when does illegal science ever go right) killing all that were in the building at the time and he takes all information about the project with him. Hiding out for a while he slowly discovers the full extent of his abilities/tests the waters on what he can do and reading up on the experiments leading up to/contributing to his eventual creation he discovers Mik and sets about tracking him down. Cue Ross attempting to connect to another person in some fucked up we're the same you and I (except I really just want to watch the world burn) kinda way, and Mik being simultaneously freaked out but feeling a little something towards him. (Ross is neither good nor evil, he cannot be held to the same standards as people as he lacks a moral agency) Mik has settled for living out a semi-human/normal existence and refuses to be coerced away from it and so refuses to join/follow Ross (also despite being as shady as fuck Mik definitely does not eat people or kill indiscriminately) and eventually Ross leaves him be and retreats to do his own thing. Still being the only one that he feels some sort of connection to Ross frequently shows up to fuck Mik about/generally cause angst/ect (Ross enjoys getting reactions out of people he finds it fascinating and intriguing). Likewise when Mik retreats to a darker place he often seeks out Ross in some sort of attempt at punishing himself b/c they deserve each other and b/c when everyone he knows is dead and gone, they will both be the only ones still standing there. Ross basically represents everything Mik could/would be should he ever let himself slip whereas Ross feels some sort of endearment (thats probably the best word) and linkage/connection to Mik as well as finds him incredibly interesting to be around (plus theres the fact that they're both essentially immortal (Mik didnt truly know until he was told).

TLDR; they have an incredibly fucked up relationship with each other

Apologies for the ramble and the wall of text >.>;;; Any questions and I'll be happy to continue rambling at you.