[commission] "Weight of the world" by frothymess (critique requested) 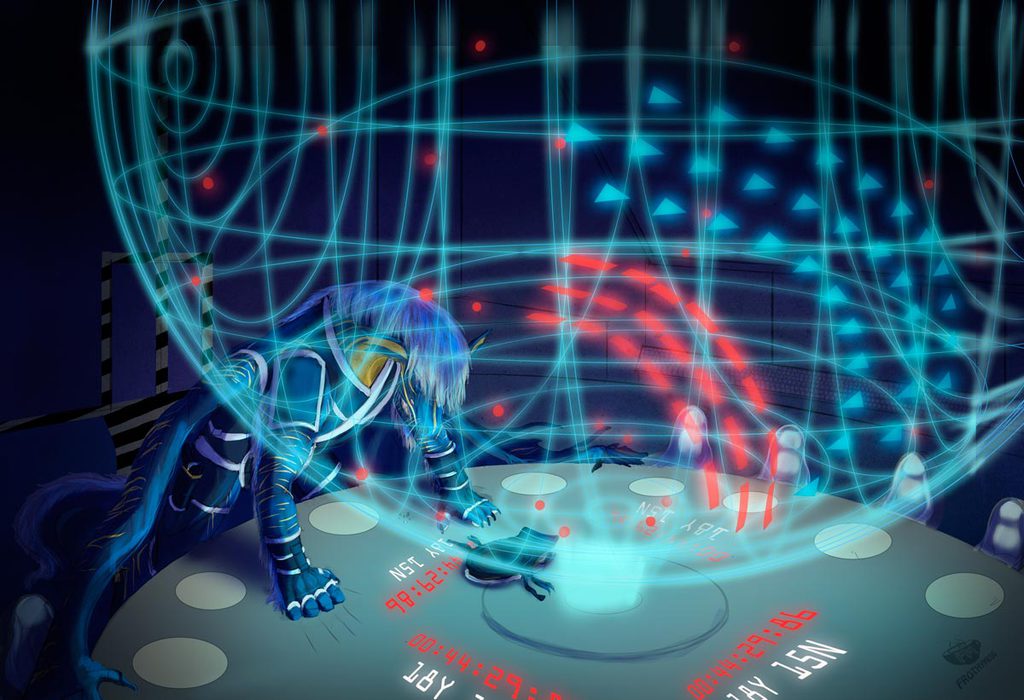 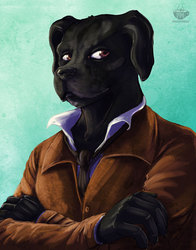 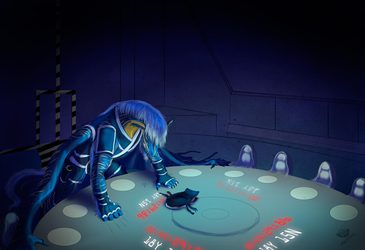 *“Days of debating took place among all the advisers and the many nations with their leader Hasia. The debate is whether there are any other actions to avoid war with a race that is highly aggressive and seeks only their species as dominant.

The Race is still young and has only just started to travel to their adjacent solar systems, but they're not seeking peace. They seek only to destroy, set traps, conquer and enslave. Striking from space without warning to any life on a planet. Hornets would be the best way to describe their behavior.

Months of fighting has happened trying to protect our nearby colonies. But there is outrage from our people and allied races that are not happy with this new race pushing into space, so fast and with such aggression.

So a vote is needed, one that is not easy for Hasia and the sub nation leaders. Tonight we argue among ourselves to decide the fate of this new young race: if they are too dangerous to be allowed to spread, or if we are able to come up with other solutions.

After many days of meeting behind closed doors, we have finally come to a vote. We have decided to declare war against the hostile Race. To not only defeat them, but to hunt them down so that they cannot harm another living being.

The military advisers talked about their attack plan after the vote, and the attack will happen soon. Just two days are needed to gather the fleet. This attack will be more of a slaughter of the young space-faring Race. Not only are they against one that is centuries older, but they have lost their ways to tap into the Magic of their planet.

After all the advisers left, Hasia stayed behind wanting to be alone with his thoughts. The room was only dimly lit as the hour was 0300. The main source of light was the glow coming from the hologram of the planet soon to be invaded. Red lines lead to the planet's orbiting stations for their fighters to destroy first.

A countdown clock ticked down the hours remaining to the time of the invasion. Hasia hung his head low. Tears came down his muzzle for the billions of lives to be ended soon. He wept also for the safety of his people that he will send into battle.

Hasia softly said to himself, “The righteous cry, and the LORD hears and delivers them out of all their troubles,” he said, thinking of all his people that had lost their lives to this race over the last year.

“Behold, I have given you authority to tread on serpents and scorpions, and over all the power of the enemy, and nothing will injure you,” Hasia muttered to himself to help give himself strength.

The dragon was so lost in his thoughts at the table that he didn't hear the approach of his wife.
She approached him and wiped away the tears from his muzzle.

"Here you are, Blue. I hear the meeting was over hours ago. Let's go back to our place. You are a mess and you need sleep. You have been awake for days.”

Blue turned his head to look at his wife, a dragoness of his size. "When did we become capable of genocide?"

“When no one else stands up to evil, you and our people have done more to save lives from this Race. You know they slaughter hundreds of millions because they can't stand other life. You did your best with peace talks, but there is just no talking with this race.” She leaned in close and wrapped her forearms around his neck. "Blue, your heart is big. Only you grieve over the death of monsters." *

A commission for the wonderful and ever patent bluehasia with his dragon Hasia, reminding that not all those who soar highly, are free from the weight of their choices.