Are atheists and the scientific method really close minded? by Frooxius (critique requested)

One of the common retort of believers of various unsupported claims is that science or atheists are close minded and should open their mind. I would like to demonstrate that it’s actually the opposite.

“You need to open your mind to other things”, “Science just blinds you to all the other possibilities” or “You need to have open mind in order to accept god” are some of the things you can hear from many people who are proponents of various religious or supernatural ideas when countered with questioning or rejection of their claims.

They attempt to stick “close-minded” label on people who don't believe in what they do without sufficient evidence and claim that rationality and science close people’s eyes to all the other stuff that’s out there.

But is it really the case? Does science make you blind? Is being rational, logical and seeking for evidence really closing your mind? I say no and I would like to explain why. In fact, I would actually go as far as push the “close-minded” label on the people who spout it out so fervently when their supernatural beliefs are criticized.

Science isn't a closed thing that determined the nature of reality and closed to anything else. It’s a method of examining and understanding the world we live in with many properties that make it very reliable: it gives us results and understanding of various phenomena that we can use to build technology, medicines, cures and many other advances of our society that just work, which should be a testament to how great is the grasp of the science on reality.

But, as many other people argue, it doesn’t know everything. It’s humble enough to admit that. And from that stems its open-mindedness. It continuously seeks for new answers, ways to improve the existing ones or in some cases even replace with much better and more precise answers supported by evidence. It evaluates the world from all angles and searches for the best explanation available, if any and if it can’t find any, it’s honest about it and says “I don't know”, often adding hopeful “yet”.

And that’s what’s being open-minded is about: You have to be open to all the options and all the answers. However open-mindedness alone isn't enough. We also need critical examination, logic and careful reasoning, to examine and experimentally test the answers. The truth is singular, anything else is mistruth to various degree from mild incorrectness to blatant falsehoods.

And that singular truth is what science seeks, it tries to get as close to it as possible and eliminate all the falsehoods and as many incorrect things as possible. Science and scientists need to be open-minded enough to the various answers, but also rational enough to analyze how truthful they are and how well they explain what is really happening.

If they were really close-minded, science wouldn’t work well. The search for new answers would be difficult and progress very slow. Things wouldn't work and we wouldn’t advance technologically, medically and so on.

And that’s exactly what happens with the proponents of supernatural phenomena. They find an answer they like and they stick with it, no matter what. They close their minds to all the other possible answers, maybe because they aren't pleasant and comforting as they would wish them to be, which of course has no bearing on their truthfulness.

These people reject any naturalistic explanations of things they deem supernatural, even if these answers are clearly demonstrated and experimentally verified. They close their minds to anything that doesn't fit in their world. They become close-minded themselves to the point, where when they can't counter any arguments against their answers they start throwing “close-minded” labels at the people, just to stop the criticism or perhaps just queries for any actual evidence.

If you're being rational and use science and scientific method to examine the world, you have no need to use such labels to “win” an argument. You have a reason to believe something. You are open-minded to consider the possibilities, but also think critically enough to eliminate ones that have little reason believing in.

The point is, you're not closed to these reasons in believing in given answer, you're just waiting for the other side to actually provide them. 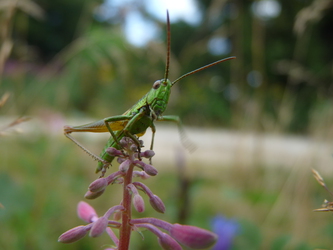 One of the common retort of believers of various unsupported claims is that science or atheists are close minded and should open their mind. I would like to demonstrate that it’s actually the opposite.

Read on my blog here: http://blog.frooxius.com/2013/10/are-atheists-and-scientific-method.html