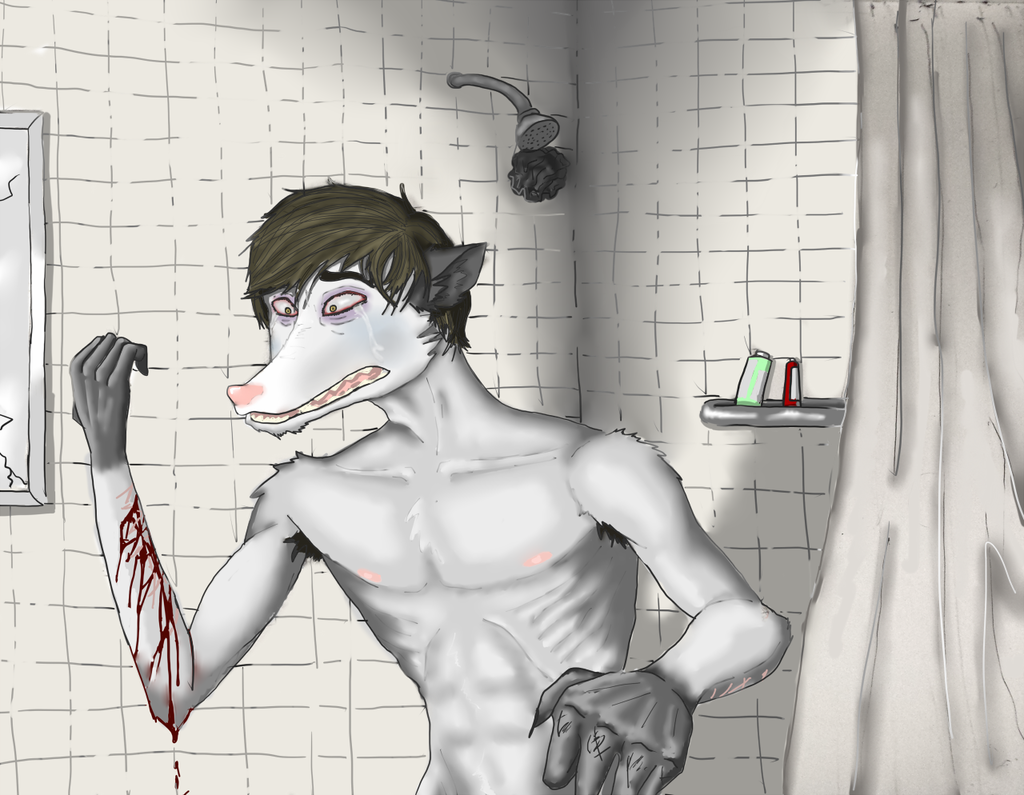 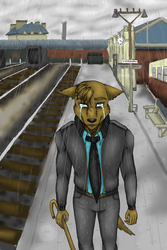 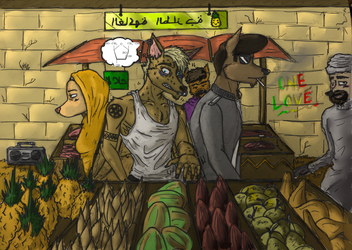 "He had become too comfortable with the pressure with which he slit down the length of his arm, over so many repititions. Each time had been the same result before, it seemed. He never noticed any difference this time until, staring at the ceiling, perched on the toilet seat, he began to feel woozy.

Looking down to his arm, he was unsure if the sudden wave of cold was terror or the result of the blood persistently pouring from the lacerations in his skin. Panic began to pump his heart involuntarily, like an iron fist, rhythmically crushing it, coaxing the blood out even faster.

Everything became so much more real in that moment, when Sydney realized he had a choice: call an ambulance and lose everything, or treat it himself, and risk losing his life. Taking a split second to regard his emaciated form in the mirror, he ruminated for an infinity in his head before shuddering, making his decision."