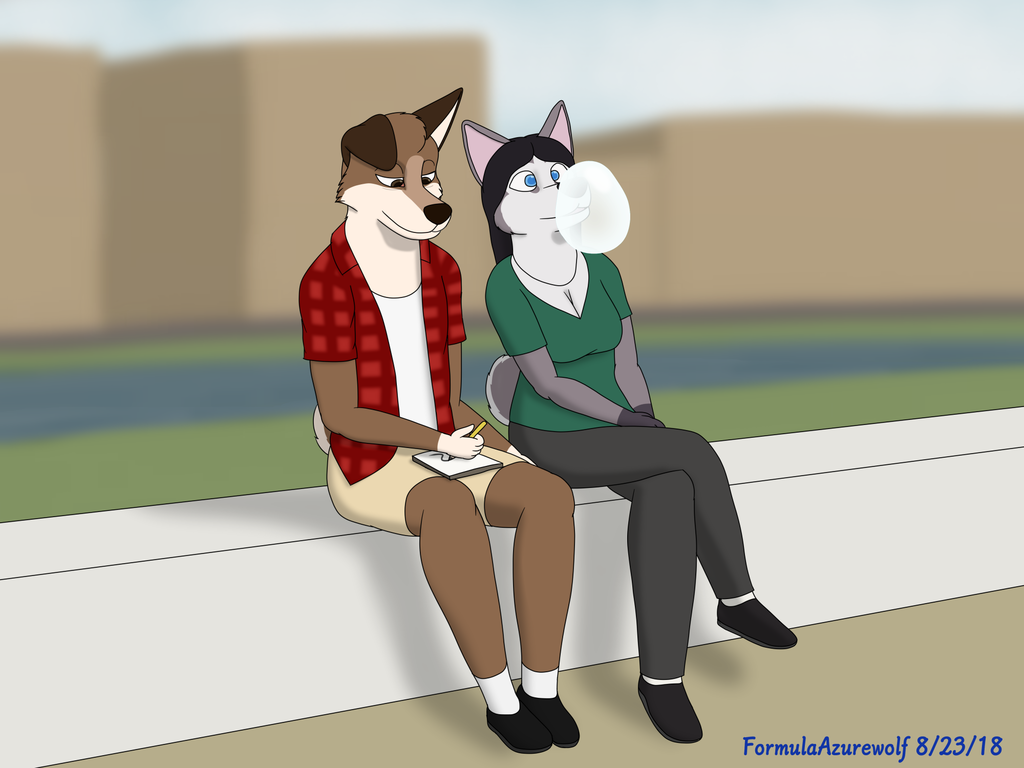 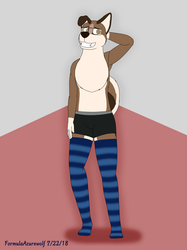 As the both aged, Chris was able to settle down with Christina as a couple.
Chris began to take up sketching to pass the time which he would've formerly used for working on cars (his aged body making it difficult), while with Christina, well she pretty much stayed the same bubbly husky she's been for a long while.

Chris Furris and Christina Barkley belong to me.
And yes, I realize I forgot Chris's glasses here.