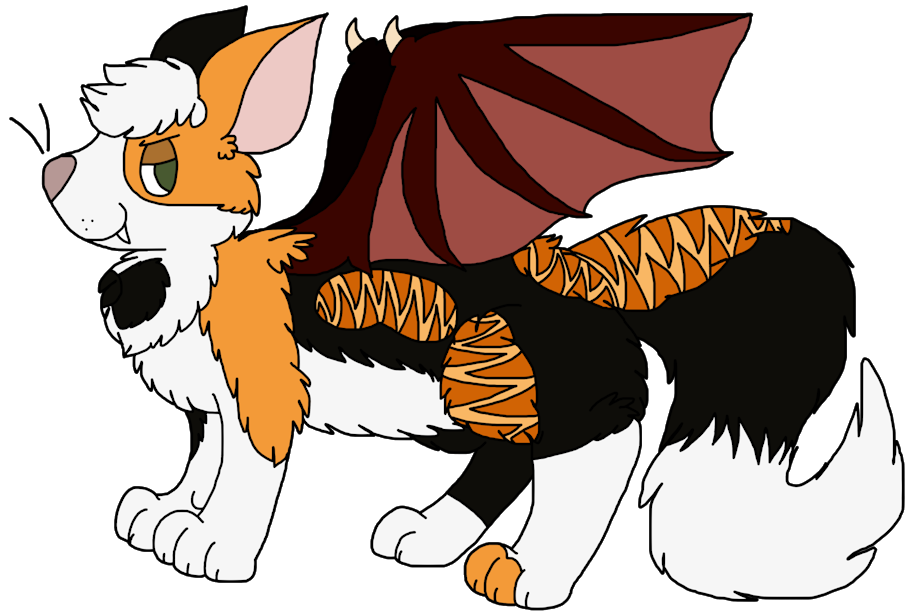 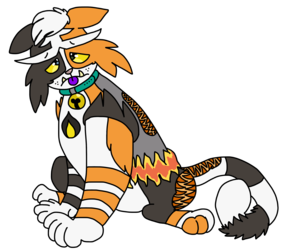 Today on Supernatural World, is the rare and ever elusive Vampiricus Felis Domestica, a species of Supernatural Animal that so few have even seen and even fewer believe exist. Despite their calm and friendly demeanor, they were hunted excessively (due to the fact they drink blood and foolish human beings back then assumed they would attack them, even though Vampire Cats find human blood too salty and gamey) and their numbers are at an all-time low. No one is sure how many exist in the wild, but we have found this gorgeous girl living a peaceful and quiet home life.

Due to her large frame, we have the evidence to believe she is based on a Maine Coon. The square-shaped muzzle also helps with this theory. Notice the thin, but powerful front legs. Attached them them are large paws. Those hold claws have the strength to slice through steel walls with one swipe. They also have the power to ignite and can (according to legend) open invisible portals only they can see. Their wings are retractable, the same as their claws. There is a tell-tale patch of fur that stands out against their fur and easily shows anyone where they are. When angered or just to spook any potential enemies, they can "flash" their eyes (make them glow un/intentionally). Her wings are unusually small here. Narrator glares at me I look away nervously

The Vampire Cat can speak human tongue, due to specifically developed vocal cords. Even when they would plead their innocence, no one would listen. They are very loyal to their families and if they co-exist with other non-Vampire Cats, they will refuse feed from them.

Their diets consist of 50% non-human animal blood and 50% "normal food". They will sometimes consume small wildlife, such as mice, rats, birds, lizards, or anything else too slow to run away in time. They will feed on them alive, as we can see our beautiful molly exhibiting now. They are not known to feed on other cats. Okay, scratch that, our specimen is currently feeding on a feral cat.

They have a normal reproductive cycle, similar to that of a non-supernatural domestic feline. Is... is she... with that tomcat? C-can we move the camera away? There's children watching this.

Okay, on a serious note.
Vampire Cat Sonja is different from... Anthro/Feral Sonja in a few ways.

(And, as the Narrator pointed out, I did draw her wings too small. Bat wings are so hard... DX)