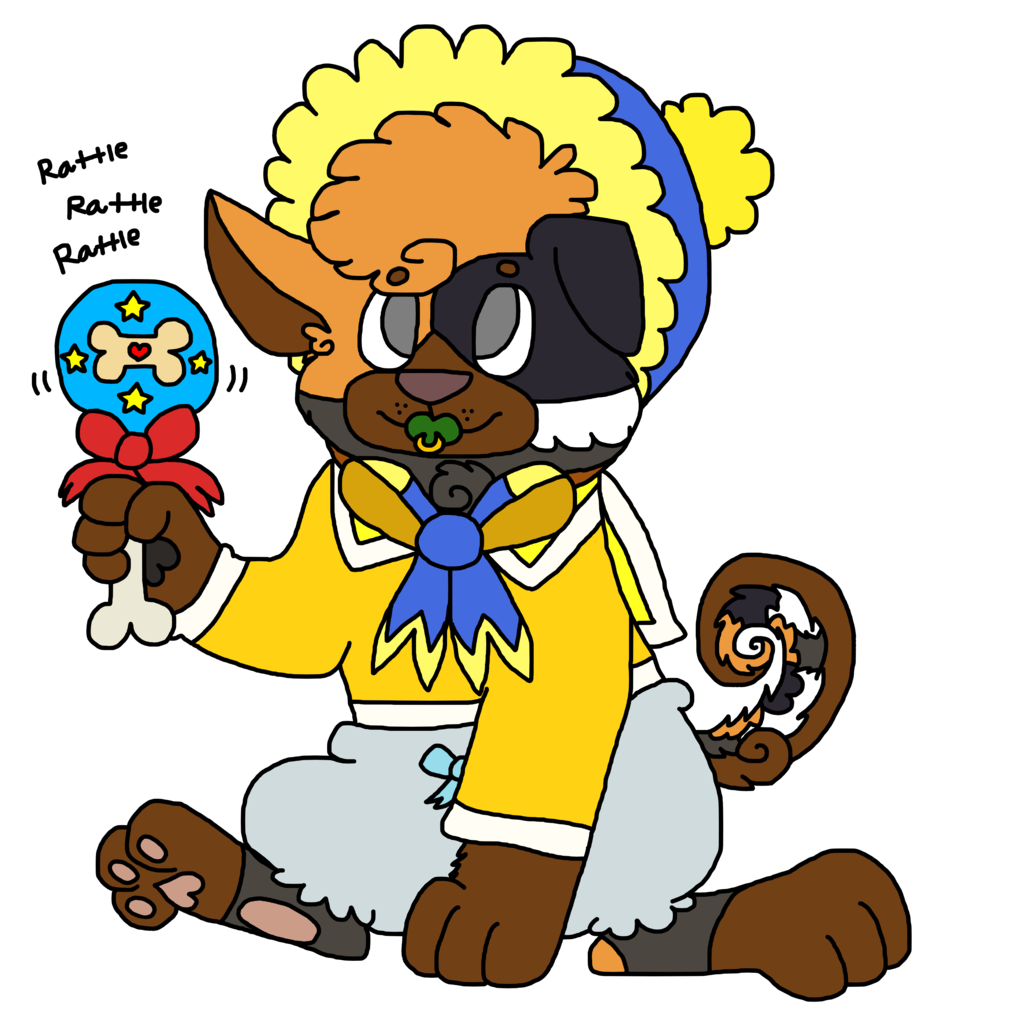 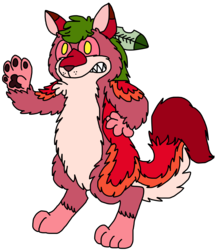 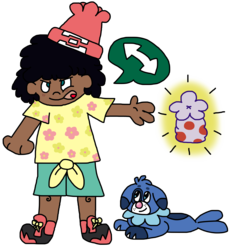 So, I decided to draw Pace as a baby (or puppy) one day!
I'm assuming he's around 6 months old at this point, I have no idea.

I was thinking of the pose and expression DURING the production stage and I figure he's in some kind of pose for a photo or something. As you can see, he has no idea as to what's going on.
At first, I had him holding the rattle still, but at the last moment, I had it where it's shaking it.
I dunno anymore, like I said I was thinking of this stuff DURING the production stage.

I haven't drawn Pace in forever and I'm so glad to drawn my (or perhaps Di's) baby again!
I love the little (err... BIG) bonnet on his head, I love his little golden sailor shirt (again, I'm a sucker for sailor outfits), I love that big bow (that... I think... is connected to the bonnet? ...or his shirt?), and I love his big, blue...
...rattle! It's puppy-themed and it's so cute! ^-^
Alright, alright, the diaper is cute, too, I guess. The little blue bow is adorable.

Di: Okay Pacey, look at the camera!
Pace: [thinking] Where am I? What am I doing? What is that thing? What is this thing? Why does this thing make noise when I move it? What is this voice in my head?! Wait, what are voices?! What are these things they're saying?! What is going on?! screams internally

(The other two pictures are the lineart and me fooling around while coloring him.)
(Trivia: I originally wanted to draw Pace (15-year-old Pace, btw) dressed as a baby, but... I eventually went with this. It's much cuter! ^-^ (It was a dumb costume idea I had, I was sleepy, don't judge me (much)))