"And, Live Happily Ever After..." by FluffRig 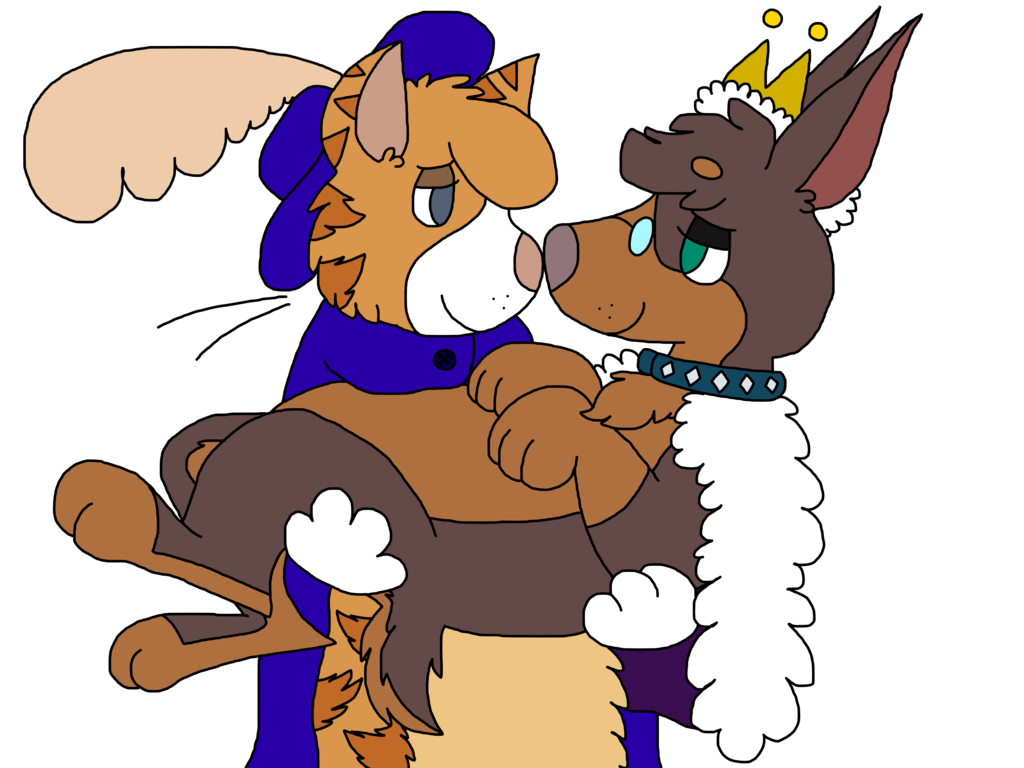 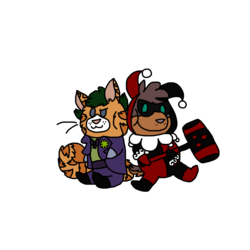 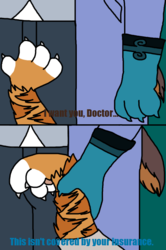 Okay, this is obviously based off a scene from Puss in Boots 1999, particularly this one:
I'm obsessed with this movie, since I want to see the whole thing.
Everyone complains about the animation, but it just reminds me of web videos and storybook animations.
I'm not even mad. XD

The main reasons Ben in Boots is a thing is because the DVD artwork of Puss is of that as a Tabby cat DRESSED as Puss and obviously NOT Puss, because Puss is just an orange Bi-color cat.
It's also cause of Shrek's Puss in Boots. He's awesome.
Mainly, because it's Ben month and having him cosplay as Puss in Boots is the most adorable thing ever. Holy crap.

In the scene, apparently, the Princess's cat falls into Puss's arms. You can guess the rest.
Oh gosh, why am I such a 10-year-old in a 19-and-a-half-year-old's body?!
GEEZ I GET SWEPT UP IN STUFF MADE FOR LITTLE KIDS
AND I LOVE IT
I NEED HELP, BUT I DON'T WANT IT

I have the lovely couple wearing their half-outfits (that's the term I use for those "outfits" that anthropomorphic animals wear in which it's not an exactly a full outfit with a shirt and pants/skirt/etc. but it's like... well, capes and hats and bandanas and stuff. It works as an outfit, but it's not a "full" one. Why are animals so cute when they do human things? ^-^), because in the scene (as the screenshot shows you), they're not exactly wearing anything...
AND HALF-OUTFITS ARE CUTE ON ANTHROPOMORPHIC ANIMALS
Don't even ask me how a cat that's smaller and weaker than the dog he's currently holding is actually doing it.
I have no idea.
I assume because they're cartoon characters that their weight fluctuates according to the plot.
So, she'd be heavy if this was for comedy, but since this is a sweet, romantic moment, she's as light as a feather.
whispering Just ignore obvious plotholes like this
static

I finally made Ben's muzzle short and kitty-like and Di's long and puppy-like!
I'm proud of myself!

I can't WAIT for the two of them to get together and have cute, little hybrid babies! ^-^

Trivia: The title is based on the line the narrator said in the trailer. I... re-watched it too much...