The Big, Scary Alien by FluffRig 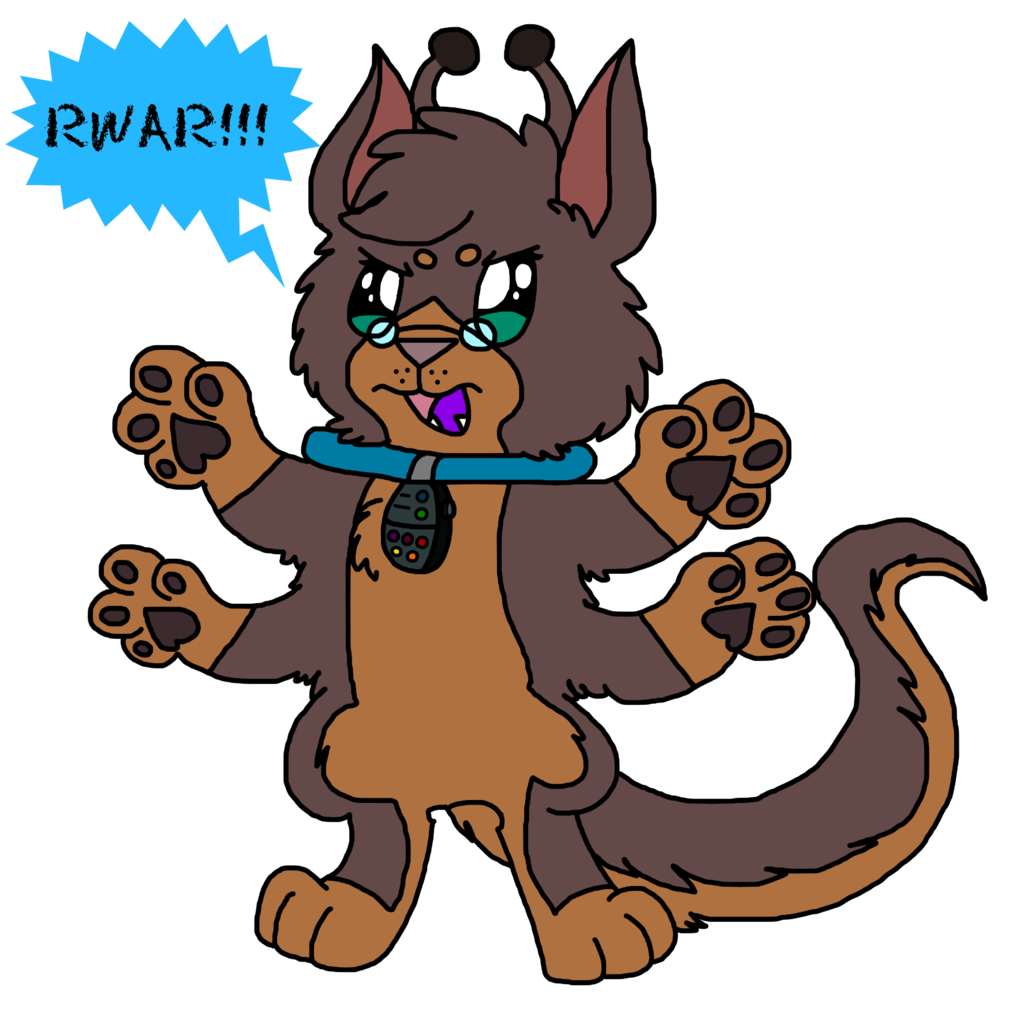 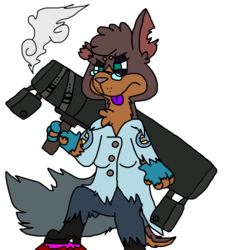 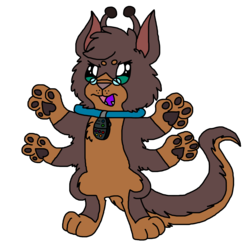 Also known as "Chibi Alien Di", but I saved that title for the textless version of this.

This is the first picture showing off the new Chibi style I'll be using from now on.
I feel that the Simplistic Style I used to use didn't go over well with everyone...
A smaller version of my normal style is better!
With Hamtaro-ish eyes!

The one issue with this style is that is takes the same amount (more or less) to color them, but I don't care! They're still so cute! ^-^

I tested this new style on a design I'm developing for Di for yet ANOTHER AU I made.
The name is still in the works, but it's under the very original working title "Alien AU".
This one has NOTHING to do with the "Walk In Space" AU.
Though, now... to think about it... Di like this DOES remind me of Pleep...

Anyway, the reason this AU even exists has to do with... Tsum Tsums. I was looking at... covers face from your imminent harsh glares ...Disney Junior on Roku. audience boos me Okay, okay, hear me out.
I wanted to watch The Lion Guard and for some reason it wasn't loading, so I scrolled along to watch something else until it worked. I ran into the Tsum Tsum shorts. I remember seeing those things in Target and the app when it was announced a year ago or so. So, I said, "Ha, I'll watch one of these, I'm sure it'll be really stupid and childish, like most Disney Junior things are" and I was wrong. I enjoyed them all. So, I had another issue on my hands... what the heck ARE Tsum Tsums? Are they the characters in pill form? Are the creatures who RESEMBLE Disney characters? ...well, after a lot of research online, I found NOTHING. ><
I got stuck on the Disney Wiki and one thing after another, I got into my Lilo and Stitch obsession again... I've been looking up stuff related to it for the past 2 days...
And, I said at some moment... "It'd be really cool if I had an Alien character thingamabob"
Then, I got to another article and found out there was a Disney Games website and relived my childhood playing Sandwich Stacker and Bueno Rufus. Well, after playing Jumba's Lab. I forgot about that game... and I remember why. THEY BARELY GIVE YOU ANY PARTS TO WORK WITH! I know it's so everyone won't just make a recolored Stitch or Angel, but still! So, I made a... "Di Alien", if you will... but I don't like her... So, I made my own!

Design-wise, she's a mixture of Di and Stitch, which I have NO problem with! I love both Di AND Stitch, so why would I have an issue with that?! wears Stitch hat and hugs Stitch plushie; eye twitches
She's able to hide and bring out her antennae, extra limbs (so far, she only seems to have an extra pair of arms, but I dunno, how else am I going to know about her biology unless I cut her open? ...okay, that joke is in bad taste, I'm sorry. ... looks at her evilly), big spiny things on her back, protract/retract her claws (like a cat!) and the ability to make her tail longer! Okay, that last one is actually useful, that thing hurts if you get hit by it! And, it's prehensile, so it can be used for holding things and holding ON to things! She's also to climb/walk on any surface. Which is great, along with the fact she REALLY likes the way bugs taste... especially cockroaches! And, now, I don't have to buy anymore Raid! She's also really strong and durable, I mean, she survives a crap-ton of harsh stuff in the first episodes, I mean, like, a crash-landing, an encounter with the front end of a car, electrocution (TWICE!)... It's brutal!

That remote control looking thing on her collar? It's so many things... but its basic functions are that of a communicator and it expands to a technologically-advanced built-in Wi-Fi (all the way from outer space, holy crap! =O ) netbook-ish thing. She never, ever lets me know what she does on there... okay, I think she said something about there being some kind of chatroom, but yeah... I wonder what she's doing on there half of the time... (blogging (i.e. sending information back) and such about her experiences here)

I wuv her so much... good grief, I need a real version of her... not only a plushie. Not only a fursuit. Not only an audio-animatronic. I need a REAL LIFE Alien Di... NOW. I'm just saying, if you saw a plum-colored Doberman in the pound, wouldn't you take her home, too?
...of course you would!

I hanker for a plushie version of her in this Cheeb form.

Also, as for the Chibi_Village thing in the keywords, that's a franchise I'm developing slowly that I thought of at the SAME TIME as the Alien AU... I wonder what gave me the idea...
Eh! Oh well! Guess I'll never know!
Alien Di here is in the style that will be used for the show/games/merchandise/etc. Ooooh, I hope she'll be added! ^-^
...wait, don't I have control over that?
Oy, I forget my own powers at times... ^^;
Anyhoo...
Chibi Village will have a mixture of KC! and TAC characters (called "Cheebs" in the universe) and it's going to be AWESOME!!! And, they're all going to be all cute and squishy and talk in high-pitched, squeaky, child-like voices! CHEEB!
Cheeb indeed.