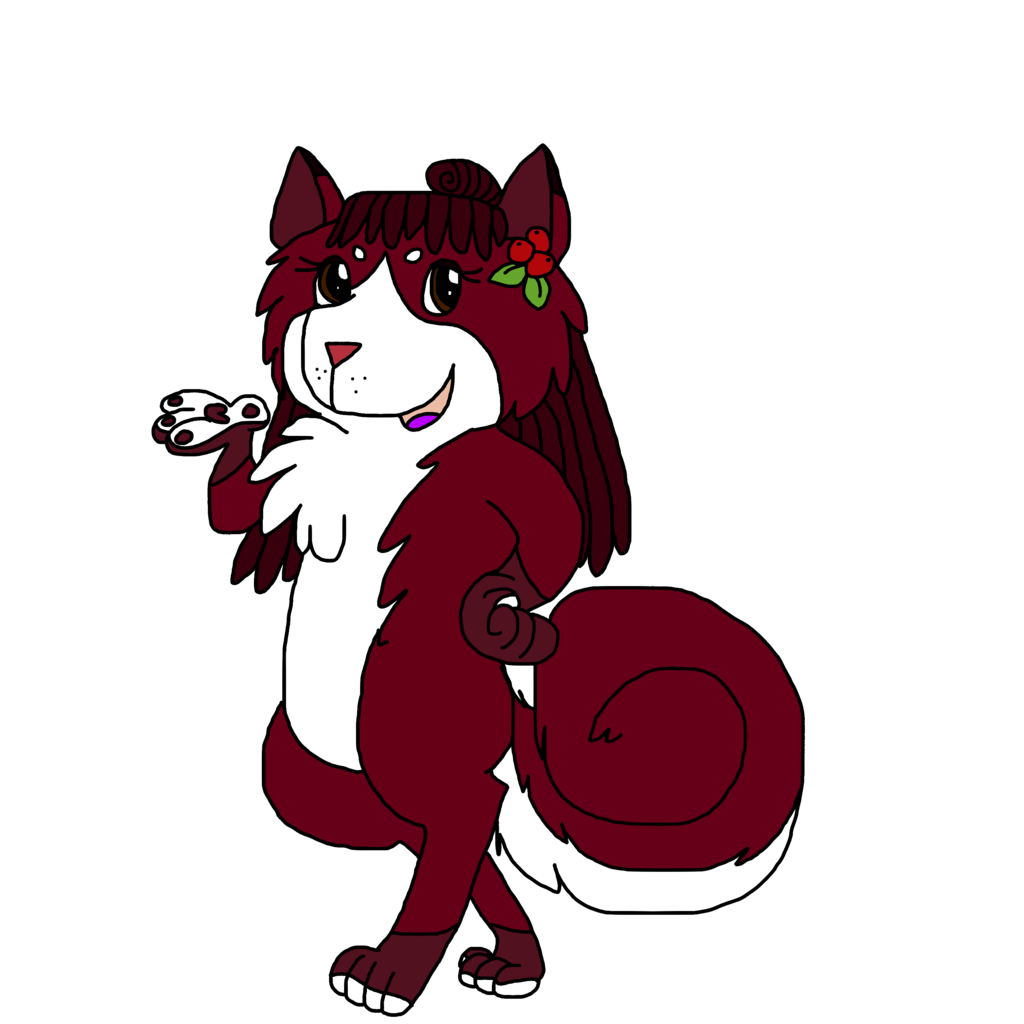 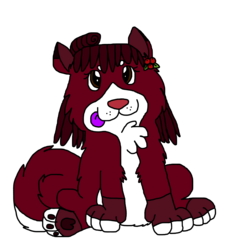 In a futile successful attempt to make my mom a furry fursona, I made this sweet lady for her: Craisins D. Barkie! I had to think: "Now, what type of animal would she want to be?" Well, she tends to complain about the lack of Red Huskies there are in merchandise and such, so I made her a "Red" Husky.

As for the name, my mom REALLY loves things that's made of/look like/taste like/and are colored like cranberries. Her favorite snack (besides chips) are, yes, Craisins. The "D" thing I'm not discussing. And, the Barkie is because of MY fursona's last name being Barkie. Also, D. Barkie is funny and then sad when you
know what debarking is. =(

By the way, those are cranberries around her ear, not holly.