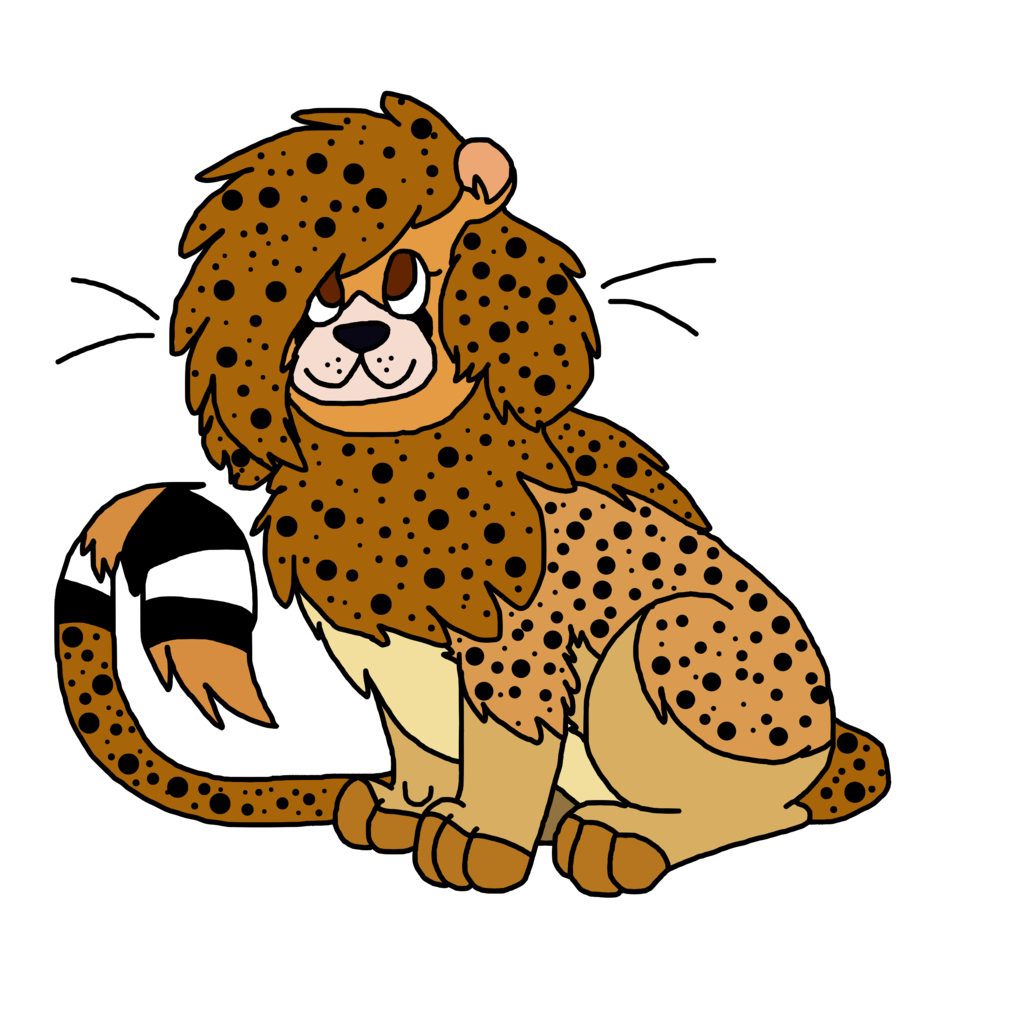 This is Zenzi the Litah. She's a new fursona of mine!

A Litah is a hybrid of a Lion and Cheetah.
It's like a Liger; but with a Cheetah.
I really like Cheetahs...
Err, uh, anyway... ahem

I'm sure you wonder "Wait, that thing has a mane. Did she mess up with the gender?" Nope. She's definitely a female. I've always wanted to see a mane on a female lion (heck, I even made up a fictional species of lion in an old series of mine called the "Maned Lion" because of it's females possessing manes)...
I think it's due to most cartoons having the female animals have tons of hair and the male animals having little to none. When I saw The Lion King when I was younger, I was always confused as to why only the MALES had manes, but the FEMALES were bald (mane-wise, not... fur-wise).

Anyway, spotty mane!
I tried to have a mixture of both cats visible and not too much of one or the other.
I hope I did both of them justice.
Beside the mane, I think her tail tassel is my favorite.

I would love to have a fullsuit of her one day...
But, like with Speckles, I think I might have a hard time finding someone to make it.

All of that I stole from FurAffinity, because I'm lazy. =P