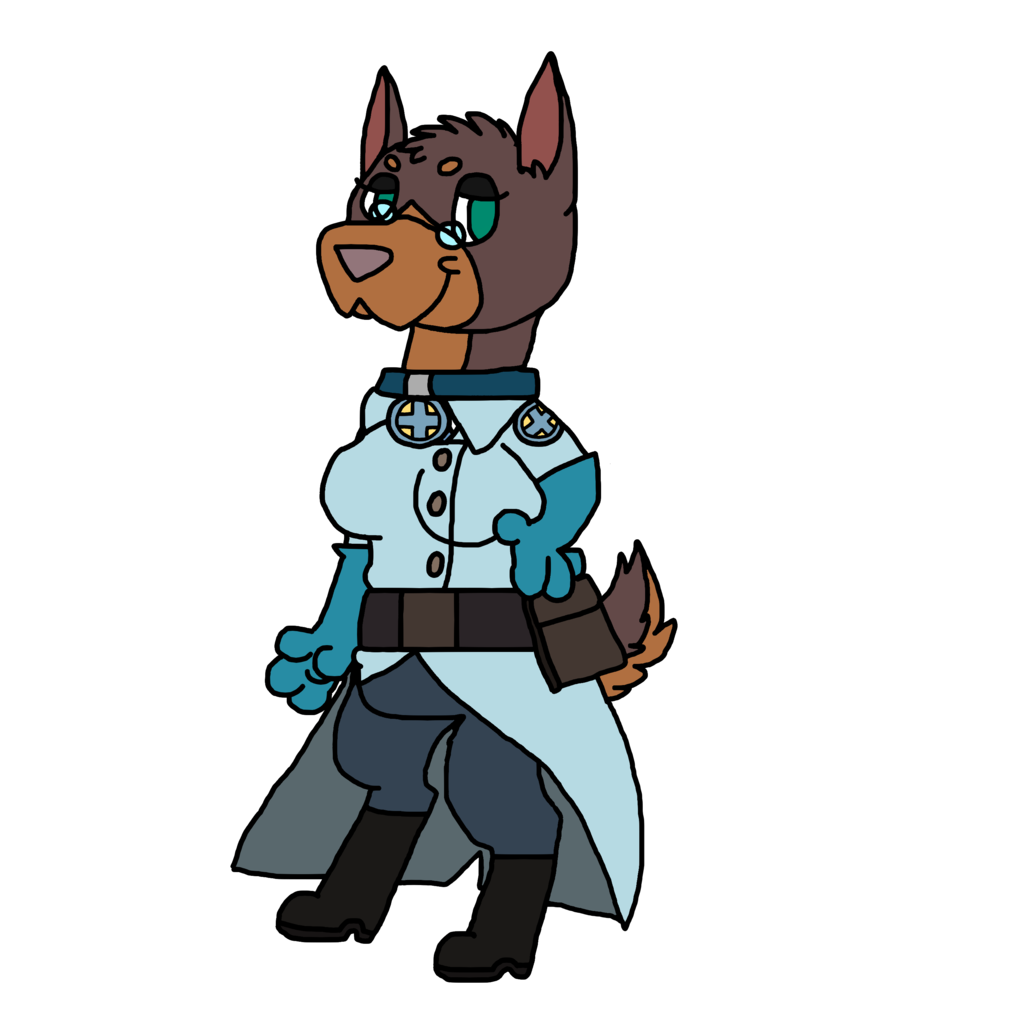 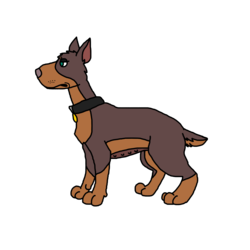 So, since I assume most of the people viewing this don't know what series this character comes from, lemme drop a bit of history on ya.

This is Dietricha Merriweather Tillens. Let me express she is NOT normally an anthropomorphic Doberman Pinscher. I know; shocking, right? So, this is her from an AU. Yes, I have a series that has canon AUs. This series is called Teufort Times.
Teufort TImes is a TF2-themed series that has various AUs revolving around a group of... well... mercs.
Di is the main character. Not to mention my favorite. I wonder why...

Anyway, long story short, I disliked the original version of Di a LOT after a while (I really wonder what 17-early 18 year old me was thinking... ><). Sooooooo... I rebooted the series. In addition to rewriting a ton of AUs I already had, I added the Furry AU! Which... so far, is my favorite AU, honestly. Why? Because Di is a giant, walking, talking puppy. That's why. She is even cuter in this AU... than the MU. Main... universe, not... Monsters... Uni-- never mind.

She was originally a German Shepherd. A BLUE German Shepherd. Not to mention... back then, she didn't have much of a personality outside of being extremely sociopathic and cartoonish. Bleh. I used to hate how a lot
of interpretations of Medic were Dobermans.
...
I'm cool with it now. I kinda want a White Dobie so I can name him Ghost. :)
Wait, getting off track.
Anyway.

She is supposed to be a Red Doberman, but... I don't know WHAT color I got off my reference photo, but she's more of a Purple Dobie than anything. However, when I use the color on FireAlpaca, it's in the red spectrum. I dunno anymore.