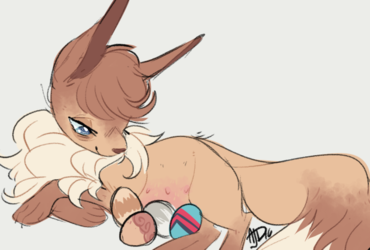 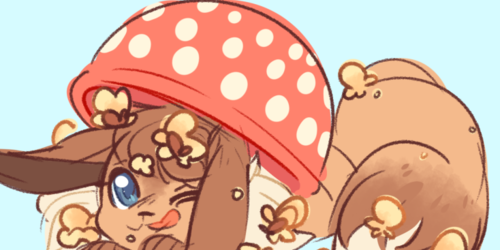 Too lazy to retype so copy/paste from tumblr.

From last night’s warm up stream I got into my red!Nova universe with @inkblot-fox! Lots of random concepts of rough drafts of what some of Nova Eevee’s kits might look like.

Her first three kits would be with   inkblotfox‘s Ninetails character Alexi. First hatched would be a female vulpix named Trixie. Second would be a male eevee named Chance. Third would be the unique and strange female hybrid Aisling, she some how was a half breed of both vulpix and eevee. Though guessing from her genetic hiccup she is also blind along with being shiny fur coloring. Lastly we have the youngest male kit named Trevor. He is a miracle itself much like Aisling. Normally this type of egg group would never be able to produce offspring. But red!Nova was a genetic experiment herself in the Team Rocket Labs so who knows what she’s capable of??

Everyone actually pitied her and tried to convince her to give up the last egg. But she was determined there was something there, something special. She fought everyone off like any protective mother and kept the egg safe even long after all the others had hatched and thrived. Finally one day as she was napping with it against her cheek it began to shake and rattle. She barked everyone to come and they all got to witness the youngest of the family hatch.

Everyone is a little offput due to Trevor’s unique poisonous claws on his paws… Other young pokemon avoid him all together, even the oldest siblings stray away. But Aisling sticks close to Trevor no matter what just like her mother.