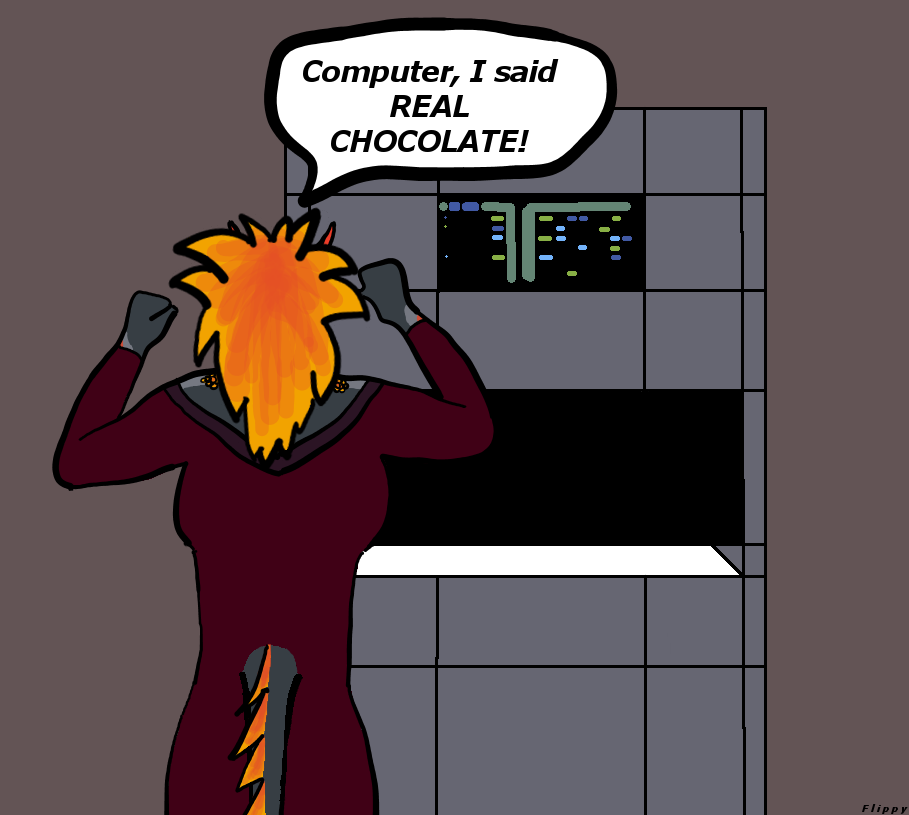 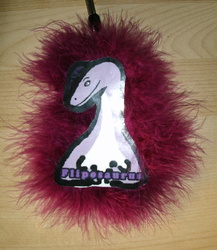 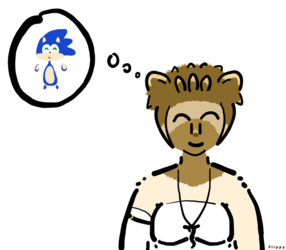 My half of the October 2013 trade for   faexchange of   ceruleanruby's dragon character. They asked for a Halloween costume from Star Trek.
Sooo guys guess what? I'm a nerd. Who knew? I loved watching reruns of Star Trek: The Next Generation, Deep Space Nine & Voyager. I looked around   ceruleanruby's FA profile & saw she liked good food. That's when the idea for this picture happened. Food replicators are notorious for having bland food.   ceruleanruby is reenacting a scene from Star Trek: The Next Generation (Season 3: Episode 8) where Deanna Troi is getting frustrated at not being able to get a chocolate sundae before she gets interrupted by Captain Picard. I'm assuming that this picture is what would have eventually happened if she wasn't interrupted.

I used this picture to get an idea of what a food replicator looked like & to scale someone in front of it... http://images2.wikia.nocookie.net/_.....replicator.jpg
Her hips look a little small now that I look at it but then again the reference sheet does have her rather slender. Maybe it's just me.
I got really frustrated at the hands on this. I decided to go with simple versus a bunch of lumpy little lines.
Lastly when I finished drawing the outline of her hair I looked at it & said to myself, "That looks like Norbert from The Angry Beavers on top of her shoulders." I was going to edit it but it made me giggle so much that I kept it.