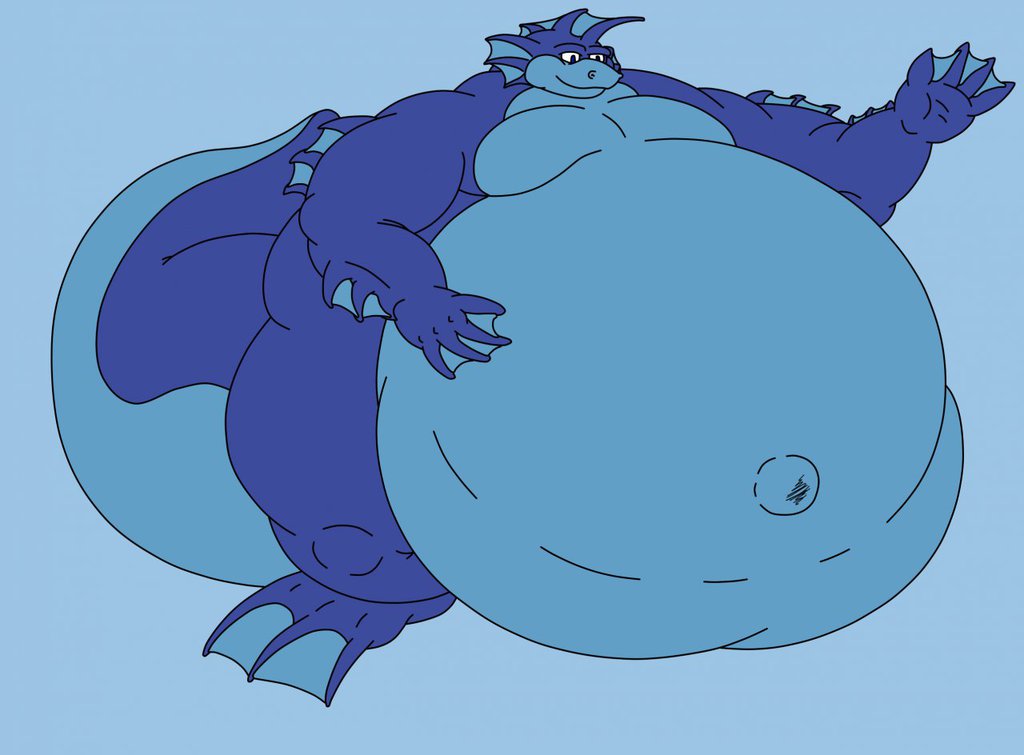 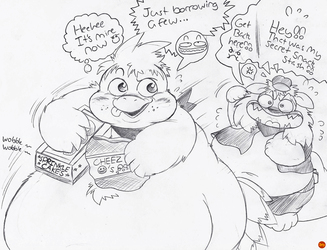 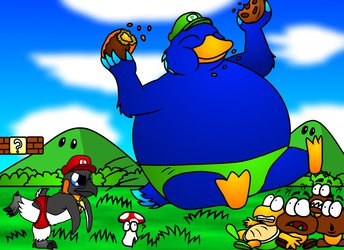 Born a normal Water dragon, with a very oddly special gift. His race can take water in from the surrounding area [as in like how rain clouds and sponges do in a way] and carry it with them.

However, he has a very interesting bacteria inside of him that converts said water into an Ale. Using this knowledge in his later life and coming ashore from his home, He soon set up shop in a small down, as a Brew master.

Depending on where you tap from [Mouth, Nipples, Navel, and... Down front] the Taste of the Ale does change as well, The more sweet the lower you go and the more watery from the top. Also whatever he eats changes the taste of the brew along side love, which ages it.

The only real problems with his new keg life is that unless fully drained, he produces at a very alarming rate, but thanks to his heavy skin, has never came close to bursting... however the town did go 'aloof' after a long winter. [as is to say he leaks if too full and untapped] Along side this is his inability to keep his balance on dry land, due to the power of the ale and out of his element, however he keeps it mostly under control, as a buzzed drunk would be.

Currently he serves as the Royal Keg Master at the castle of the UFFR, in which if you want to know more, look to   lead-fang or   daydreamer777