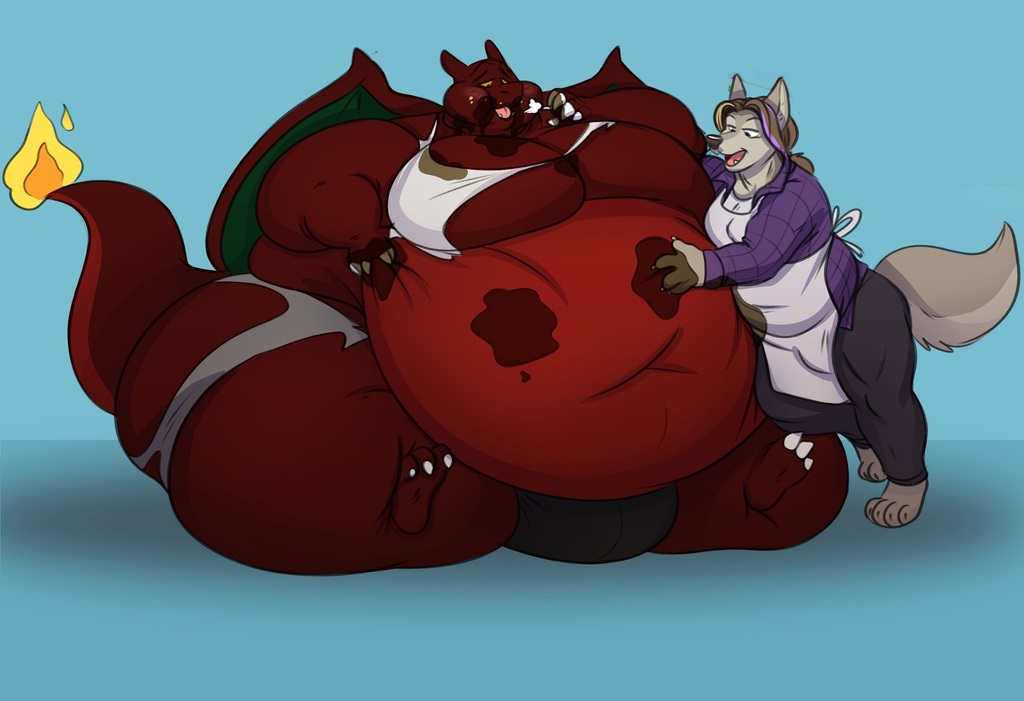 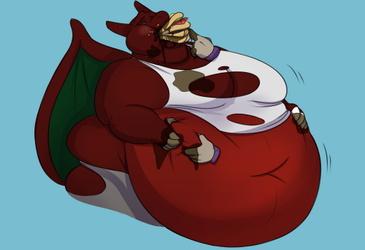 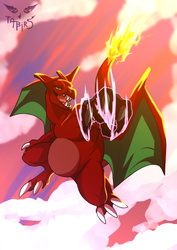 Breakfast in Excess 3 (by Wonkalicious)

Want to possibly split a commission in the future? Click here to let me know!

Although the day grew long, and the meal that was technically still breakfast continued all throughout, Dom's cooking prowess was only stopped by the limited resources he had within a quick dash of his kitchen. Stockpiles of flour, meat, eggs and syrup were all brought down to more manageable levels thanks to Charkol's ever-expanding gut -- that of which had grumbled and groaned the entire way in protest of each additional plate of food. By the end of it all, only a comparatively slight mess of syrup and some crumbs ended up as the remains of the massive meal that the wolf had prepared for his now super-sized feedee.

Since Charkol wasn't going anywhere anytime soon, it was pretty safe to say that the next time that Dom wanted to practice his cooking skills he'd have a mouth to feed!