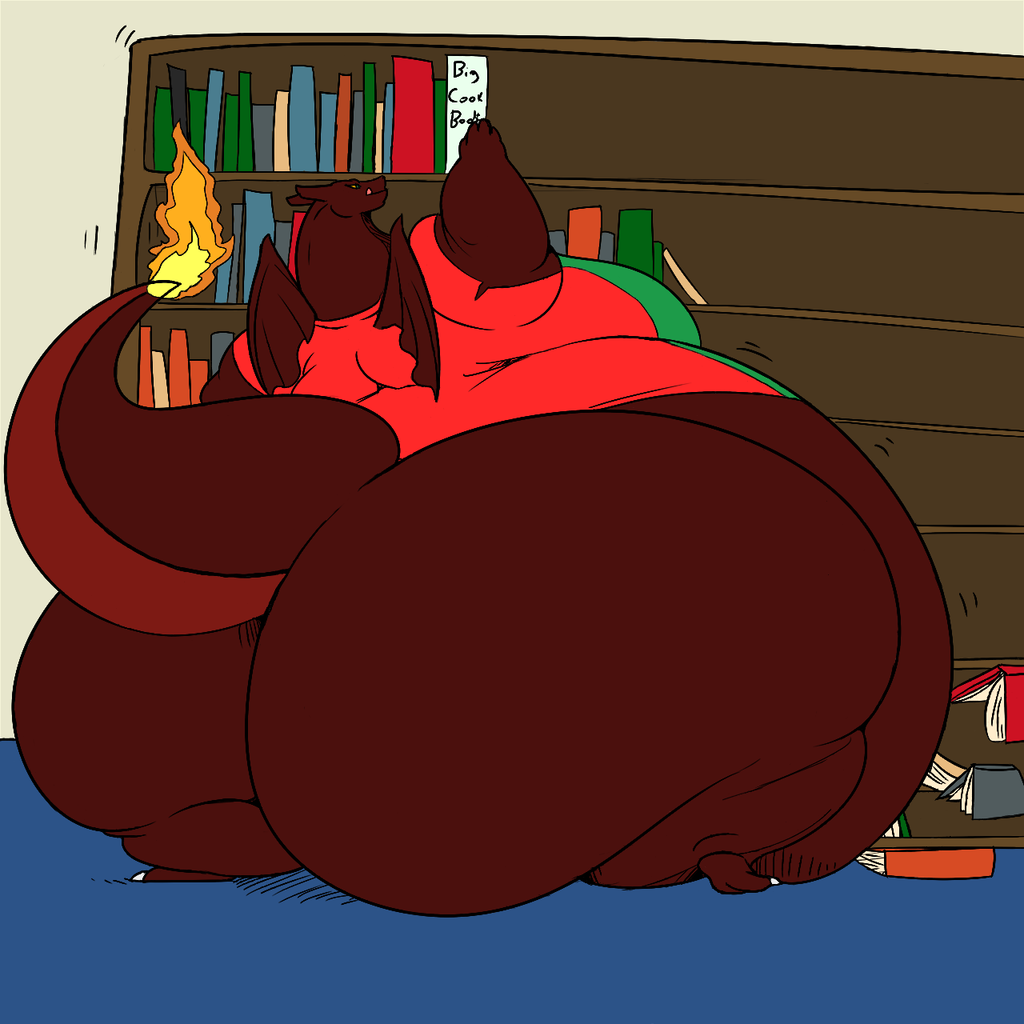 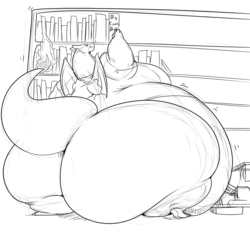 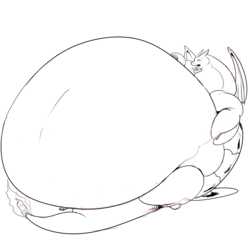 The sounds of heavy steps even in quiet places are far from uncommon in and around Saint Draconis' University -- a renown school for facilitating studies by making sure food is never a concern...unless one considers an excess something to be concerned about! Even shortly after Charkol's first semester on campus, the previously-toned charizard had found himself rarely without a snack in hand and looking at himself in the mirror to the sight of quite a bit of pudge on his form. Alas, it was no secret that the school facilitated such behavior, with high graduation rates frequently correlating with students on the heavier side of the scale. Figuring that in the summer months he'd burn it back off, he let his gut remain full and his mind focused on his studies.

Fast forward to the summer before Charkol's final year and it would've been no surprise to anyone had he told them that he ended up skipping out on moving back home while school was in summer recess; instead he had been taking a light summer-course load each year. What was a full meal for him at the start of his time on campus had evolved into only half of a snack that would often precede a quantity of food some would call a small feast! His weight had climbed quite high, but his GPA had followed -- he wasn't the top of his class, but he was far from the poor study habits and shaky marks on exams in his first year! As the summer wound down, Charkol's often found his gut gurgling for more sustenance while at home, out of the reach of the plentiful reserves of food that he traveled to to start, end and punctuate his day. As a result, he scheduled a trip to the library to investigate remedying the hunger on his own; it looks like he found just the right book!

Don't worry -- the librarians are used to materials being knocked off the shelves.